Toresco Family’s Journey with Epilepsy a Long and Winding Road

SPRINGFIELD, N.J., Nov. 22 (SEND2PRESS NEWSWIRE) — November is National Epilepsy Awareness Month. This year’s theme, “Get Seizure Smart,” encouraged Dominick and Kristina Toresco of Readington, New Jersey, to share their son’s experience with his neurological impairment. The Torescos are generous fund raisers for the Epilepsy Foundation, through their New Jersey auto dealerships: Autoland Chrysler-Jeep-Dodge and Toyotaland of Springfield, and Lexus of Englewood. The motivation is their 14 year old son, Dominick, Jr.

When their baby was born they were told he was exhibiting Infantile Spasms, a specific type of seizure seen in an epilepsy syndrome of infancy and childhood.

The Torescos worked with local neurologists in search of answers. But standard approaches were not showing success. Frustrated, Kristina located one of the nation’s top epileptologists in Detroit. The baby was immediately flown to Children’s Hospital of Michigan. His MRI and electroencephalograms were inconclusive, but a PET Scan (positron emission tomography) provided a clear diagnosis: focal cortical dysphasia (FCD). FCD is a congenital abnormality where the neurons in an area of the brain misfire leading to seizures.

Dominick, now 14, has shown enormous courage in dealing with his epilepsy. The Torescos considers themselves blessed with his resolve and success.

“We have come so far from where we were,” said Kristina. “And we’re grateful to the various medical teams. But you have to be your child’s advocate and seek a protocol that is best for your situation. I continue to research for any advancement and consult with experts.”

Through the efforts of the Torescos and their family of auto dealerships with the support of manufacturers and vendors, substantial funds have been raised to promote the National Epilepsy Foundation’s “Get Seizure Smart” campaign. The efforts will continue.

“People think of epilepsy as something that can easily be controlled with medication,” said Dominick Toresco, Sr. “In certain cases it does happen. But our son is proof that it’s vital to explore every avenue. There is no cure. But research can make a difference. We have seen vast improvements in our son’s life. But there is still much we don’t know.”

More than 3 million people in the U.S. have epilepsy. The Epilepsy Foundation’s Web site (www.epilepsyfoundation.org) is the Internet’s most comprehensive and authoritative source for information about seizure disorders. The organization provides a nationwide information service at (800) 332-1000, staffed by professionals who respond to caller questions. 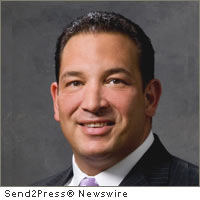 Alternate Headline: Journey with Epilepsy is a Long and Winding Road for the Toresco Family

NEWS ARCHIVE NOTE: this archival news content, issued by the news source via Send2Press Newswire, was originally located in the Send2Press® 2004-2015 2.0 news platform and has been permanently converted/moved (and redirected) into our 3.0 platform. Also note the story “reads” counter (bottom of page) does not include any data prior to Oct. 30, 2016. This press release was originally published/issued: Mon, 22 Nov 2010 13:02:12 +0000

More from Kristina and Dominick Toresco

ABOUT THE NEWS SOURCE:
Kristina and Dominick Toresco

LEGAL NOTICE AND TERMS OF USE: The content of the above press release was provided by the “news source” Kristina and Dominick Toresco or authorized agency, who is solely responsible for its accuracy. Send2Press® is the originating wire service for this story and content is Copr. © Kristina and Dominick Toresco with newswire version Copr. © 2010 Send2Press (a service of Neotrope). All trademarks acknowledged. Information is believed accurate, as provided by news source or authorized agency, however is not guaranteed, and you assume all risk for use of any information found herein/hereupon.