Gingrich Foundation Designates Alzheimer’s Association as Charity of the Month

The Alzheimer’s Association is a donor-sponsored charity founded in 1980 to overcome Alzheimer’s disease. More than 5 million people suffer from Alzheimer’s in the United States, and by 2050 there will be nearly 16 million Americans suffering from the disease – the sixth leading cause of death in the United States. Today there is no treatment to cure or even slow the disease. As the largest private funder of Alzheimer research, the Association dedicates no less than 72 percent of its national organization’s funds directly to Alzheimer’s research, advocacy, and support.

“The Gingrich Foundation is pleased to support the Alzheimer’s Association. Thanks to their investments in research, they are improving care for Alzheimer’s patients and bringing us closer to a cure,” said Callista Gingrich, President of the Gingrich Foundation. “Newt and I encourage others to join in supporting the Alzheimer’s Association to help ensure a future where the lives and memories of our children and grandchildren are not prematurely taken away.”

“Newt and Callista Gingrich are Alzheimer champions and have done so much to help lead the fight to overcome this disease. As one of the co-chairs of the Alzheimer’s Study Group, a bipartisan group of national leaders, Newt helped to start an important national dialogue about Alzheimer’s and underscore the urgency of acting quickly to discover ways to prevent and contend with this disease,” said Robert J. Egge, Vice President of Public Policy for the Alzheimer’s Association. “The Alzheimer’s Association is grateful to have been chosen as the Gingrich Foundation’s Charity of the Month and appreciates the continued focus, energy and commitment from both Newt and Callista in solving one of the most significant public health threats of our time.”

Since its inception, the Alzheimer’s Association has been the leader in Alzheimer awareness, promoting and funding innovative research, prevention, and care. Currently, the Association is working to advance policy priorities aimed at ending the disease.

Donate to the Alzheimer’s Association: http://www.alz.org/join_the_cause_donate.asp . 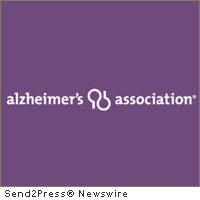 NEWS ARCHIVE NOTE: this archival news content, issued by the news source via Send2Press Newswire, was originally located in the Send2Press® 2004-2015 2.0 news platform and has been permanently converted/moved (and redirected) into our 3.0 platform. Also note the story “reads” counter (bottom of page) does not include any data prior to Oct. 30, 2016. This press release was originally published/issued: Wed, 01 Dec 2010 18:41:45 +0000

LEGAL NOTICE AND TERMS OF USE: The content of the above press release was provided by the “news source” Gingrich Foundation or authorized agency, who is solely responsible for its accuracy. Send2Press® is the originating wire service for this story and content is Copr. © Gingrich Foundation with newswire version Copr. © 2010 Send2Press (a service of Neotrope). All trademarks acknowledged. Information is believed accurate, as provided by news source or authorized agency, however is not guaranteed, and you assume all risk for use of any information found herein/hereupon.