NEW YORK, N.Y., Dec. 21 (SEND2PRESS NEWSWIRE) — William Wegman collectors will be pleased to know that the affordable art website 20×200 released not one but two editions of William Wegman prints on Thursday, December 16. Avid collectors of the William Wegman Weimaraners will have a chance to purchase “Game Board” and “Blizzard,” available in three limited edition sizes, with individual prints starting at $50 for an 8-inch x 10-inch photograph.

Weimaraner art is an unlikely category made commonplace by Wegman’s long and fruitful career with canine collaborators, starting with his first dog, Man Ray, whose progeny remain a part of Wegman’s life and work to this day. While known to many as the “dog art guy,” William Wegman is much more than that: a pioneer video artist, conceptualist, photographer, painter and writer, he moves fluidly among various media. William Wegman and Fay Ray: Polaroids 1987-1995, an exhibition featuring 20-inch x 24-inch Polaroid Photographs of the artist’s second dog, is currently on view at New York City’s Senior & Shopmaker gallery.

Showcasing an ever-growing stable of artists, ranging from emerging to established to the legendary, 20×200 has previously featured four William Wegman editions; “No Fun Sleeping Under A Picture Like This” and “The Architects” with two editions featuring William Wegman dogs, “Pink Elephant” and “About Four Thirty.”

Sign up for the site’s newsletter to be the first to know when new editions are released. Written by art dealer and 20×200 founder Jen Bekman, the newsletter announces each new edition and introduces the work and artist, giving subscribers an insider’s perspective and first access to the often fast selling new releases. Thoughtfully presented and beautifully packaged, each 20×200 edition is accompanied by a numbered and artist-signed Certificate of Authenticity, artist statement and bio.

About 20×200:
Launched in 2007 by art dealer, curator, writer and entrepreneur Jen Bekman, with the central mission of “art for everyone,” 20×200 was created as an alternative to traditional means of collecting art to challenge and innovate the status quo. By printing in editions and pricing works affordably, the site gives a broad audience the opportunity to own a work of art, making the often-daunting experience of collecting approachable. 20×200 is based on the notion that living with art enhances everyday life and the site’s intuitive and user-friendly experience empowers more people to collect.

As it works to support collectors, 20×200 also gives artists an incredible opportunity to present their work to the widest possible audience while maintaining the highest level of production quality and integrity. To learn more about 20×200, please visit www.20×200.com . 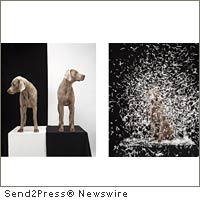 NEWS ARCHIVE NOTE: this archival news content, issued by the news source via Send2Press Newswire, was originally located in the Send2Press® 2004-2015 2.0 news platform and has been permanently converted/moved (and redirected) into our 3.0 platform. Also note the story “reads” counter (bottom of page) does not include any data prior to Oct. 30, 2016. This press release was originally published/issued: Tue, 21 Dec 2010 19:11:36 +0000

LEGAL NOTICE AND TERMS OF USE: The content of the above press release was provided by the “news source” 20x200 or authorized agency, who is solely responsible for its accuracy. Send2Press® is the originating wire service for this story and content is Copr. © 20x200 with newswire version Copr. © 2010 Send2Press (a service of Neotrope). All trademarks acknowledged. Information is believed accurate, as provided by news source or authorized agency, however is not guaranteed, and you assume all risk for use of any information found herein/hereupon.