Lollini brings over 13 years experience as a software consultant to the SCS team; he will be vital in continuing business development expansion and in increasing the level of service in Latin America. He is based in Buenos Aires and will extend Southeast Computer Solutions’ business scope in the Latin America market with his tri-lingual (English, Spanish, and Portuguese) abilities. Lollini also brings an extensive knowledge in contract, local tax, and purchasing regulations to the SCS team.

Lollini’s credentials, including Public Accountant, span both the consumer and technology sectors. He has managed large projects for Fortune 500 companies in a variety of countries. Prior to joining the SCS team, Lollini held positions at Accenture, Invista Argentina, Oracle Argentina and FujiFilm Argentina.

Southeast Computer Solutions has been an IT consulting firm and Sage Authorized Reseller since 1985. Headquartered in Miami, Southeast has offices in Dallas and Buenos Aires and specializes in ERP solutions for distribution, warehouse automation, manufacturing and U.S. companies with divisions and subsidiaries in Latin America. With over 600 installations across the United States and Latin America, Southeast is the largest Sage Reseller in Miami and was ranked 75 on the 2010 VAR 100 list, named a 2010 VAR Star and is a 2010 Sage President’s Circle award winner. 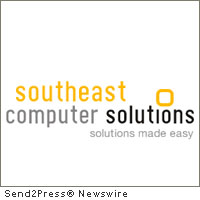 NEWS ARCHIVE NOTE: this archival news content, issued by the news source via Send2Press Newswire, was originally located in the Send2Press® 2004-2015 2.0 news platform and has been permanently converted/moved (and redirected) into our 3.0 platform. Also note the story “reads” counter (bottom of page) does not include any data prior to Oct. 30, 2016. This press release was originally published/issued: Thu, 06 Jan 2011 10:58:01 +0000

LEGAL NOTICE AND TERMS OF USE: The content of the above press release was provided by the “news source” Southeast Computer Solutions or authorized agency, who is solely responsible for its accuracy. Send2Press® is the originating wire service for this story and content is Copr. © Southeast Computer Solutions with newswire version Copr. © 2011 Send2Press (a service of Neotrope). All trademarks acknowledged. Information is believed accurate, as provided by news source or authorized agency, however is not guaranteed, and you assume all risk for use of any information found herein/hereupon.