COSTA MESA, Calif., Feb. 10 (SEND2PRESS NEWSWIRE) — Renaissance Surgical Arts at Newport Harbor announced today that it is the first outpatient surgery center in the Western United States to offer intraoperative radiotherapy (IORT) using the INTRABEAM® System – the only device used in the TARGIT-A multicenter human clinical trial that demonstrated IORT to be as effective as traditional radiation for certain women with early breast cancer.

IORT has the potential to replace as many as six and a half weeks of routine radiation therapy with 20-30 minutes of targeted radiation administered during surgery directly to the tumor site after lumpectomy.

“IORT is a game-changer for women facing breast cancer – I like to call it one and done,” said Dr. Alice Police, breast surgeon at Renaissance and co-founder of Pacific Breast Care in Newport Beach, Calif. “For some women in the earlier stages of breast cancer, IORT makes it possible for them to have one surgery consisting of lumpectomy and single-dose radiation therapy and then go on with their life having completed their breast cancer treatment.”

Unlike whole breast radiation treatment, which is administered five times per week for as many as six and a half weeks, IORT provides patients with a targeted single-dose radiation treatment delivered intraoperatively after removal of the tumor. Radiation is applied for 20-30 minutes, exposing the affected tissue in the tumor bed from the inside.

“Dr. Police’s passion for IORT as a revolutionary development in treating early breast cancers aligned with our mission to deliver the best surgical technologies available to patients in a comfortable and private outpatient environment,” said Bruce Wallace, CEO and Administrator for Renaissance Surgical Arts at Newport Harbor. “We looked at IORT device manufacturers and it was clear that the INTRABEAM System was the only responsible choice given its exclusive use in the TARGIT-A Clinical trial which provides 10 years of study and follow-up data to back its safety and efficacy.”

The INTRABEAM System was the only radiotherapy device used in the TARGIT-A clinical trial, the largest randomized clinical trial conducted in the field of IORT for the treatment of breast cancer. The TARGIT-A trial was launched in 2000 and it enrolled 2,232 human patients throughout 28 centers in nine countries. With up to 10-years of follow-up data, the study results demonstrate the equivalency of single-dose targeted IORT in comparison to external beam radiation therapy (EBRT) based on local recurrence.

Renaissance is one of only two outpatient surgery centers in the entire country to offer IORT using the INTRABEAM System, and is the only outpatient facility in the Western United States. It is also the only location at all offering treatment in Orange, Riverside and San Diego counties using the clinically proven INTRABEAM System technology.

“After learning about IORT from Dr. Police, I did my own research on the options, risks and benefits of whole breast and partial breast radiation in comparison to IORT,” said Gila Jones, 58 of San Juan Capistrano, Calif. “After feeling confident about effectiveness based on the TARGIT-A outcomes and considering my own lifestyle and other health concerns, IORT became the obvious choice for me. Dr. Police did my surgery at Renaissance where I was treated as an honored guest.”

Patients need to be evaluated by a specialist to determine if they are a good candidate for IORT. To find out if you or someone you know is an IORT candidate, contact Renaissance Surgical Arts at Newport Harbor at 949-629-1400. For more information about the TARGIT-A clinical trial, please visit www.targit-research.org or www.targit.org.uk . For more information about the INTRABEAM® system, please visit www.meditec.zeiss.com/intrabeam .

About Renaissance Surgical Arts at Newport Harbor:
Renaissance Surgical Arts at Newport Harbor is a professionally managed, but majority physician-owned facility in Orange County, Calif. With eight ORs and two procedure rooms, the 20,000-plus square foot outpatient facility demonstrates how to mere cutting edge technology into a patient-centric environment that is as beautiful as it is functional. 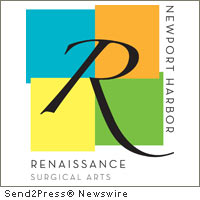 NEWS ARCHIVE NOTE: this archival news content, issued by the news source via Send2Press Newswire, was originally located in the Send2Press® 2004-2015 2.0 news platform and has been permanently converted/moved (and redirected) into our 3.0 platform. Also note the story “reads” counter (bottom of page) does not include any data prior to Oct. 30, 2016. This press release was originally published/issued: Thu, 10 Feb 2011 23:44:51 +0000

LEGAL NOTICE AND TERMS OF USE: The content of the above press release was provided by the “news source” Renaissance Surgical Arts at Newport Harbor or authorized agency, who is solely responsible for its accuracy. Send2Press® is the originating wire service for this story and content is Copr. © Renaissance Surgical Arts at Newport Harbor with newswire version Copr. © 2011 Send2Press (a service of Neotrope). All trademarks acknowledged. Information is believed accurate, as provided by news source or authorized agency, however is not guaranteed, and you assume all risk for use of any information found herein/hereupon.