NEW YORK, N.Y., Feb. 25 (SEND2PRESS NEWSWIRE) — Colorful, abstracted and blurred, Bill Armstrong’s Mandala photographs are loosely based on Buddhist paintings known as mandalas. The concentric circles of images depict central themes in Buddhism, such as the Wheel of Life or the Map of the Cosmos. Now for the first time, 20×200, the online art retailer of limited-edition fine art and photography, makes two new prints of Bill Armstrong photography available exclusively on its site.

“It’s certainly no surprise that Mandala 1401D and Mandala 1402D are beautiful. Achieving such feats of artistic daredevilry is nothing new for Bill – he’s been making and exhibiting critically-acclaimed work for years and some of the world’s finest museums have his prints in their collections,” said Jen Bekman, art dealer, curator and founder of 20×200, “How lucky we are for the artists in this world, who create these amazing things, some of which we even get to live with.”

Bill Armstrong is a New York City-based fine art photographer who has been shooting in color for over 30 years. He is well-known in the photography world for the vibrant colors of his blurred imagery. Mr. Armstrong’s work is in numerous museum collections including the Brooklyn Museum, Houston Museum of Fine Arts, Philadelphia Museum of Art Santa Barbara Museum of Art and the Bibliotheque National de France. He has had work in many museum shows including: the Smithsonian Institute; Hayward Gallery, London; Musee de l’Elysee, Lausanne; Centro Internazionale di Fotografia, Milan; and Southeast Museum of Photography. Mr. Armstrong’s work has been published in many venues, including The New Yorker magazine, among others. He is on the faculty at the International Center of Photography and the School of Visual Arts in New York.

About 20×200:
Launched in 2007 by art dealer, curator, writer and entrepreneur Jen Bekman, with the central mission of “art for everyone,” 20×200 was created as an alternative to traditional means of collecting art to challenge and innovate the status quo. By printing in editions and pricing works affordably, the site gives a broad audience the opportunity to own a work of art, making the often-daunting experience of collecting approachable. 20×200 is based on the notion that living with art enhances everyday life and the site’s intuitive and user-friendly experience empowers more people to collect. As it works to support collectors, 20×200 also gives artists an incredible opportunity to present their work to the widest possible audience while maintaining the highest level of production quality and integrity. 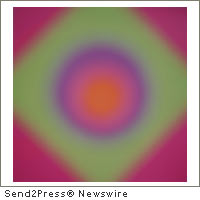 NEWS ARCHIVE NOTE: this archival news content, issued by the news source via Send2Press Newswire, was originally located in the Send2Press® 2004-2015 2.0 news platform and has been permanently converted/moved (and redirected) into our 3.0 platform. Also note the story “reads” counter (bottom of page) does not include any data prior to Oct. 30, 2016. This press release was originally published/issued: Fri, 25 Feb 2011 12:59:48 +0000