In the lawsuit, Baisden claimed damages from past conduct of I’m Ready Productions and Image Entertainment for the unauthorized distribution of DVD’s based on two of his best-selling novels. According to Baisden’s attorneys, I’m Ready Productions filed a counterclaim against Baisden seeking compensation related to a movie based on one of Baisden’s best-sellers that Baisden had originally planned to write and produce.

According to the original lawsuit, I’m Ready argued that it had all rights to the stage-play versions of Baisden’s best sellers, “The Maintenance Man” and “Men Cry in the Dark.” Documents filed in the case also showed that I’m Ready Productions was marketing movie rights to these best sellers and entered into an agreement with Image Entertainment to do a film from one of the stage plays. In earlier arguments to the Court, the Court rejected I’m Ready’s arguments that it had the right to sell Baisden’s movie rights. Pittman noted that after the Court denied I’m Ready’s contention, the jury had to decide whether Baisden was entitled to monetary damages from the past conduct of the Defendants. The jury also had to determine whether I’m Ready Productions was entitled to any compensation from Baisden’s upcoming movie deals on his copyrighted works. In the end, the jury answered no to both questions.

“I have mixed feelings about the case. On the one hand I am ecstatic that my copyrighted rights have been returned to me to allow me to proceed with upcoming movie and TV projects without continued interference from Image and I’m Ready Productions,” said Michael Baisden. “On the other hand, I am disappointed that this jury did not punish the Defendants for their open infringement by awarding monetary damages for their actions. I have asked my general counsel to proceed with an appeal of the jury’s finding as to the decisions on the past conduct. The fight goes on, but I am excited to now be able to go forward with our movie and TV plans that had been put on hold for the last five years.”

About Michael Baisden:
Michael Baisden is a recognized best selling author, nationally syndicated radio personality and TV talk show host. His high-octane energy and love for interacting with his listeners is just one reason for the popularity and success of the number one rated Michael Baisden Show, which is broadcast to over ten million listeners in over 76 affiliate stations across the country. Baisden is known for spearheading the historic Jena Six March and The Michael Baisden Foundation’s 2010 One Million Mentors National Campaign to Save Our Kids where he spoke in over 72 cities signing up mentors. 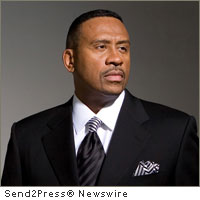 NEWS ARCHIVE NOTE: this archival news content, issued by the news source via Send2Press Newswire, was originally located in the Send2Press® 2004-2015 2.0 news platform and has been permanently converted/moved (and redirected) into our 3.0 platform. Also note the story “reads” counter (bottom of page) does not include any data prior to Oct. 30, 2016. This press release was originally published/issued: Wed, 02 Mar 2011 20:32:59 +0000

ABOUT THE NEWS SOURCE:
Michael Baisden

LEGAL NOTICE AND TERMS OF USE: The content of the above press release was provided by the “news source” Michael Baisden or authorized agency, who is solely responsible for its accuracy. Send2Press® is the originating wire service for this story and content is Copr. © Michael Baisden with newswire version Copr. © 2011 Send2Press (a service of Neotrope). All trademarks acknowledged. Information is believed accurate, as provided by news source or authorized agency, however is not guaranteed, and you assume all risk for use of any information found herein/hereupon.