NEW YORK CITY, N.Y., March 9 (SEND2PRESS NEWSWIRE) — Internationally recognized Chef Charlie Trotter will become the first Chef to officially sponsor the BCA, a culinary and hospitality organization that focuses on advancing diversity within the industry. Electrolux Professional will be the chair and title sponsor in celebrating diversity at the BCA’s 18th Annual Gala and Cultural Awareness Salute March 12th, 2011, at the New York Marriott Marquis.

Now in its 18th year, the BCA’s Cultural Awareness Salute honors the achievements of people of color in the hospitality and culinary business, provides a space for industry networking and dialogue about the advancement of diversity, and gives culinary students from around the country the opportunity to cook alongside nationally renowned chefs Season Six Top Chef Ron Duprat, Sodexo Executive Chef Tim Pitts, Restaurant Associates-Compass Chefs Marc Payeros and Rolando Rivera, and BCA Chef de Cuisine coordinators.

The gala will begin with a VIP and cocktail reception, followed by a multi-course dinner, Viennese reception, and dancing and entertainment throughout the night. The gala dinner will give a taste of the future of the industry with four courses and wine pairings prepared by students.

“Our support of the BCA affords us the opportunity to ‘walk the talk’ and I believe the BCA will make the Industry stronger by focusing on career opportunities in the industry,” comments Mark Whalen, Senior Vice President of Global Accounts.

About BCA Global:
The BCA is a nationwide non-profit, educational and networking organization of hospitality and food service professionals. Incorporated as a 501(c)(3) in 1998, our mission is to create exposure and provide educational and professional opportunities for culinary and hospitality professionals of color. We accomplish this objective by providing quality educational and employment resources, job coaching, mentoring and assistance with placement, and networking support. Additionally, the BCA exposes inner-city high school students to the culinary arts through a series of workshops that serve to introduce culinary arts as a viable career option. 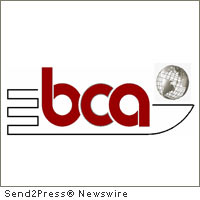 NEWS ARCHIVE NOTE: this archival news content, issued by the news source via Send2Press Newswire, was originally located in the Send2Press® 2004-2015 2.0 news platform and has been permanently converted/moved (and redirected) into our 3.0 platform. Also note the story “reads” counter (bottom of page) does not include any data prior to Oct. 30, 2016. This press release was originally published/issued: Wed, 09 Mar 2011 18:45:36 +0000

ABOUT THE NEWS SOURCE:
BCA Global

LEGAL NOTICE AND TERMS OF USE: The content of the above press release was provided by the “news source” BCA Global or authorized agency, who is solely responsible for its accuracy. Send2Press® is the originating wire service for this story and content is Copr. © BCA Global with newswire version Copr. © 2011 Send2Press (a service of Neotrope). All trademarks acknowledged. Information is believed accurate, as provided by news source or authorized agency, however is not guaranteed, and you assume all risk for use of any information found herein/hereupon.