WASHINGTON, D.C., March 16 (SEND2PRESS NEWSWIRE) — OASA Records announced this week its silent auction of a live and rare rehearsal tape, never heard before, featuring Aretha Franklin and the late Van McCoy singing a tune titled, “I Was Made for You, You Were Made for Me.”

“McCoy, who gave the world the memorable tune, ‘The Hustle,’ gave me this rare recording, made approximately 30 years ago at his mansion in Englewood Cliffs, N.J.,” says Tony Whitfield of OASA Records. This is a must have for any 70’s music collection.”

“I Was Made for You, You Were Made for Me,” was officially recorded by Atlantic Records in 1979, and can be found on the Queen of Soul’s “La Diva” album. 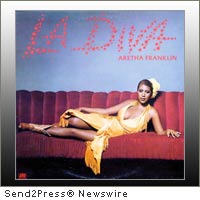 In this initial rehearsal recording, the late McCoy plays the Fender Rhodes keyboard. This unique body of work is authentic and unaltered, originally recorded on a MEMOREX MRX3 Oxide 90-minute cassette tape.

As a package deal, the highest bidder will receive the original MEMOREX cassette tape; a professionally-recorded transfer of the song on CD; and the 1979 Atlantic Records recorded LP version of Franklin and McCoy singing, “I Was Made for You, You Were made for Me,” with a live studio orchestra. The last bid was $1.8 Million.

It’s important to note that no information was lost during restoration transfer from the MEMOREX MRX3 Oxide 90-minute cassette tape to CD.

To learn more about the silent auction and to listen to a 29-second sound bite of the recording, visit: http://www.fieldrecordsoundbite.com .

For more information, or to place a bid, e-mail: oasa-recordsa@excite.com . 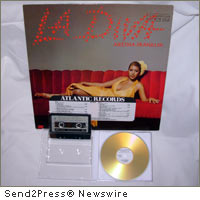 NEWS ARCHIVE NOTE: this archival news content, issued by the news source via Send2Press Newswire, was originally located in the Send2Press® 2004-2015 2.0 news platform and has been permanently converted/moved (and redirected) into our 3.0 platform. Also note the story “reads” counter (bottom of page) does not include any data prior to Oct. 30, 2016. This press release was originally published/issued: Wed, 16 Mar 2011 10:59:16 +0000

LEGAL NOTICE AND TERMS OF USE: The content of the above press release was provided by the “news source” OASA Records, LLC or authorized agency, who is solely responsible for its accuracy. Send2Press® is the originating wire service for this story and content is Copr. © OASA Records, LLC with newswire version Copr. © 2011 Send2Press (a service of Neotrope). All trademarks acknowledged. Information is believed accurate, as provided by news source or authorized agency, however is not guaranteed, and you assume all risk for use of any information found herein/hereupon.