KIRKLAND, Wash., March 22 (SEND2PRESS NEWSWIRE) — On Sunday April 3 in Las Vegas, Nevada, the “3 in 4 Need More” campaign will make its second public appearance, following the first in Atlanta, Georgia, on March 8. The campaign seeks to inform Americans that health insurance isn’t enough. Millions of us need more: some form of long-term care insurance or planning to cover longer-lasting illnesses and disabilities not covered by regular insurance or Medicare. “The awareness gap is huge,” says Peter S. Gelbwaks, Advisory Board member of the 3in4 Association, promoters of the “3 in 4 Need More” campaign.

According to a 2010 “Long-Term Care Cost Study” conducted by Prudential Insurance Company of American, 77% of respondents – about 3 in 4 – agreed that “I Should Know More About LTCi Than I Currently Do.”

The key presenter at the briefing will be Dr. Marion Somers, the long-term care planning advocate who is a frequent guest on programs such as Good Morning America, Today Show, and NBC Nightly News.

The briefing will occur from 1:15 p.m. to 1:50 p.m. on Sunday, April 3, at the Las Vegas Tropicana Hotel in Montecristo 1-2, during the 2011 LTCi Producers Summit, run by the American Association for Long-Term Care Insurance. Press representatives as well as long-term care insurance agents and executives are welcome to attend.

Points to be covered include:
* Why the 3 in 4 Need More campaign is needed: to drive home the fact that most Americans lack protection for longer-lasting illnesses and disabilities, and need to do something about it before their finances or family life are threatened.
* How the campaign’s logo and educational materials will inform the public and raise awareness.
* How additional education will take place through public relations and social networking on the Internet.
* How the public may learn if long-term care insurance is appropriate, and what policy options make sense in different circumstances.
* How the campaign will communicate other long-term care options, which may be appropriate for many. These options include Medicaid for those without resources; the public option for long-term care insurance (once it is implemented); and other protections such as annuities and health savings accounts.

“The campaign is gaining momentum,” says Gelbwaks. “We think it has the potential to rival the impact of the ‘Got Milk? Campaign,’ and could double or triple the number of protected Americans.”

The March 8 briefing in Atlanta was held in conjunction with the Eleventh Annual Intercompany Long Term Care Insurance Conference. Video highlights are available at http://www.youtube.com/3in4needmore .

More information about “3 in 4 Need More” is available at the campaign’s website: www.3in4needmore.com .

The 3in4 Association is a nonprofit corporation exempt from federal income tax under section 501(c)(4) of the Internal Revenue Code.

News issued by: 3in4 Association 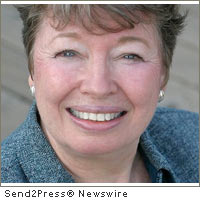 NEWS ARCHIVE NOTE: this archival news content, issued by the news source via Send2Press Newswire, was originally located in the Send2Press® 2004-2015 2.0 news platform and has been permanently converted/moved (and redirected) into our 3.0 platform. Also note the story “reads” counter (bottom of page) does not include any data prior to Oct. 30, 2016. This press release was originally published/issued: Tue, 22 Mar 2011 10:57:02 +0000

More from 3in4 Association

ABOUT THE NEWS SOURCE:
3in4 Association

RSS News Feed for 3in4 Association

LEGAL NOTICE AND TERMS OF USE: The content of the above press release was provided by the “news source” 3in4 Association or authorized agency, who is solely responsible for its accuracy. Send2Press® is the originating wire service for this story and content is Copr. © 3in4 Association with newswire version Copr. © 2011 Send2Press (a service of Neotrope). All trademarks acknowledged. Information is believed accurate, as provided by news source or authorized agency, however is not guaranteed, and you assume all risk for use of any information found herein/hereupon.