NEW YORK, N.Y., March 29 (SEND2PRESS NEWSWIRE) — 20×200, the place to buy limited-edition fine art and photography online, announces the release of two new landscape photographs from the popular series by Christian Chaize: Praia Piquinia. Collectors now have the opportunity to acquire Praia Piquinia 11/08/10 12h15 and Praia Piquinia 28/08/10 12h20. The editions start at $50 for a 14-inch x 11-inch photograph and go up to $10,000 for an 80-inch x 60-inch photograph, with a range of sizes and prices in between. Three of the four previously-released Praia Piquinia editions have sold out.

Often recognized as “the beach pictures from Portugal,” Christian Chaize’s Praia Piquinia series has garnered admiration for being much more than that. The body of work now spans more than five years, focusing on a singular, secluded beachfront in Portugal. The images are shot vertically, as portraits, a departure from the traditional, horizontal format in landscape photography. All of the photographs are taken from the same elevated angle, capturing variables, such as light, weather, time of day, the ebb and flow of the ocean, sunbathers, and their colorful umbrellas. Praia Piquinia is an ongoing, personal record of an ethereal place over time.

“I’ve been living with one of Christian Chaize’s prints in my own home and fall in love with it a little more every day,” said Jen Bekman, art dealer, curator and founder of 20×200. “As the accolades and adoration for Christian’s work keep growing, it delights me to offer 20×200 collectors a new opportunity to own and enjoy these stunning images of this idyllic beach.”

Christian Chaize, a self-taught French artist, lives and works in Lyon, France. In 1992, he was awarded the Prix European Panorama de Kodak for Young European Photographer in Arles, France. For the past 20 years, he has had a successful career as a commercial photographer.

Recently, however, Chaize became obsessed with a small stretch of coastline in southern Portugal while vacationing there in 2004. His commitment to the Praia Piquinia series has, thus far, garnered Chaize a one-person gallery exhibition in Lyon, as well as in New York at Jen Bekman Gallery, and two museum exhibitions in Portugal (Sines and Lisbon). Chaize will be featured in a solo exhibition at Kunstburo Berlin, in Berlin, Germany (October 15 – December 31, 2011).

About 20×200:
Launched in 2007 by art dealer, curator, writer and entrepreneur Jen Bekman, with the central mission of “art for everyone,” 20×200 was created as an alternative to traditional means of collecting art. By printing in editions and pricing works affordably, the site gives a broad audience the opportunity to own a work of art, making the often-daunting experience of collecting approachable. 20×200 is based on the notion that living with art enhances everyday life and the site empowers more people to collect. As it works to support collectors, 20×200 also gives artists an incredible opportunity to present their work to the widest possible audience while maintaining the highest level of production quality and integrity. To learn more about 20×200, please visit www.20×200.com . 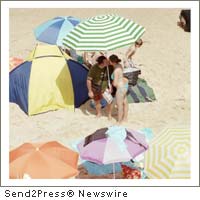 NEWS ARCHIVE NOTE: this archival news content, issued by the news source via Send2Press Newswire, was originally located in the Send2Press® 2004-2015 2.0 news platform and has been permanently converted/moved (and redirected) into our 3.0 platform. Also note the story “reads” counter (bottom of page) does not include any data prior to Oct. 30, 2016. This press release was originally published/issued: Tue, 29 Mar 2011 11:59:22 +0000