FARMINGTON, N.M., April 6 (SEND2PRESS NEWSWIRE) — In view of the snow-capped San Juans to the north, with the iconic Shiprock floating on the skyline to the west, Farmington is a rugged oil boom town rapidly emerging as a destination for outdoor adventurers. “Our climate, rivers and wilderness areas make outdoor activities a major attraction for visitors,” says Debbie Dusenbery, director of the Farmington Convention and Visitors Bureau.

Dusenbery adds: “Farmington is known as a sporting playground. In recent years, we have begun to host sizeable outdoor events like The Four Corners Xterra Triathlon coming up in June.”

Farmington lies in the heart of the Four Corners near the spot where Arizona, New Mexico, Utah and Colorado meet. Three rivers, the Animas, the La Plata and the San Juan merge in its town center.

Top attractions for outdoor recreation fans in the Farmington area include:
* Fly fishing along the Quality Waters of the San Juan River draws fly-fishing enthusiasts from around the world to catch and release big trout.
* OHV buffs hit the trails in the Glade Run Recreation Area where trails wind past boulders, slick rock, and through foothills dotted with Juniper and Pinon. Separate areas are set aside for rock crawling, hiking and mountain biking.
* Animas and Berg Parks bordering the Animas River in Farmington have riverside and woodland trails for walkers, bicyclists, equestrians and bird watchers. In this area, the Animas is slow moving, a good place for canoeing and rafting.
* Fantastic windsurfing in 75-degree water year-round on Morgan Lake, the cooling pond for Arizona Public Service Power Plant is a destination for wind surfers anytime but the winds in spring are legendary.

As the commercial hub in the Four Corners, Farmington has a wide range of lodging, restaurants and retail shopping. B & B’s include the Silver River Adobe Inn operated by biker and birder Diana Olsen and her husband and Kokopelli’s Cave, a luxury B & B in a cave dwelling. Several attractive motels border the Animas River. For a list, check the Bureau website http://www.farmingtonnm.org/ or call 1-800-448-1240. 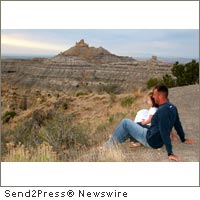 NEWS ARCHIVE NOTE: this archival news content, issued by the news source via Send2Press Newswire, was originally located in the Send2Press® 2004-2015 2.0 news platform and has been permanently converted/moved (and redirected) into our 3.0 platform. Also note the story “reads” counter (bottom of page) does not include any data prior to Oct. 30, 2016. This press release was originally published/issued: Wed, 06 Apr 2011 20:43:29 +0000

ABOUT THE NEWS SOURCE:
Farmington Convention and Visitors Bureau

LEGAL NOTICE AND TERMS OF USE: The content of the above press release was provided by the “news source” Farmington Convention and Visitors Bureau or authorized agency, who is solely responsible for its accuracy. Send2Press® is the originating wire service for this story and content is Copr. © Farmington Convention and Visitors Bureau with newswire version Copr. © 2011 Send2Press (a service of Neotrope). All trademarks acknowledged. Information is believed accurate, as provided by news source or authorized agency, however is not guaranteed, and you assume all risk for use of any information found herein/hereupon.