LAMN invites all rock and urban artists to submit original music to perform for a panel of top industry experts and receive instant live critiques, and compete for $20,000+ in prizes and priceless exposure opportunities. These include first-look recording and music publishing deals, as well as first-look consideration to appear in several music-talent based television projects.

“Of all the press release services we have tried over the years, Send2Press is the best,” says LAMN President Tess Taylor, “and we are thrilled to have them on board again to help market our event and, more importantly, to help the winning artists of our contest market themselves.”

About Send2Press:
Send2Press® (www.Send2Press.com) is a leading online-based newswire service providing Direct to Editors™ targeted news distribution, professional press release writing, and keyword focused press release optimization. The service is offered by Neotrope®, a 28-year old entertainment, PR, and brand-identity company, based in Torrance, Calif. The service is unique due to its core staff consisting of working journalists, musicians, and accredited PR professionals. As a sponsor of 2011 LAMN Jam Music Contests, Send2Press will provide professional press release services to the winners (to include media dissemination, SEO, hand submission to social networks, and a feature on MusicIndustryNewswire.com) and support marketing for the LAMN Jam series.

These experts are hand-picked because they can do something meaningful for an artist’s career if they like what they hear. At past LAMN Jams, performers have been signed on the sport (Aunt Kizzy’z Boyz was offered a deal by RBC Records), had their music placed in network television (introduced by talent judge Jan Linder Koda to Fox Sports Executive Producer, artist Krash Karma placed a track with the program), and gotten production deals (like Jody Whitesides).

2007 LAMN Jam Winner Reaches Europe:
Aloe Blacc won the 2007 LAMN Jam by a landslide, helping to more than quadruple youth attendance at the LA Public Library which hosted this summer series. You’ve probably heard his hit “I Need A Dollar” – theme song for the HBO series How To Make It In America – which broke the Top Ten in Europe.

2006 LAMN Jam Winner Hits Big Time:
After winning the 2006 LAMN Jam, Tim Fagan was invited to tour with the Goo Goo Dolls and won the John Mayer Songwriting Contest, co-writing with the multi-platinum songwriter and recording artist. He was invited to tour with Billboard Top 20 artist Colbie Caillat. With Caillat he co-wrote the Jason Mraz duet “Lucky,” a 2010 Grammy® Winner. Fagan is now a staff writer for Sony ATV Music Publishing. 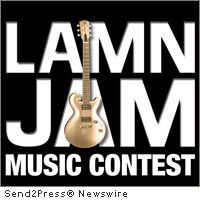 NEWS ARCHIVE NOTE: this archival news content, issued by the news source via Send2Press Newswire, was originally located in the Send2Press® 2004-2015 2.0 news platform and has been permanently converted/moved (and redirected) into our 3.0 platform. Also note the story “reads” counter (bottom of page) does not include any data prior to Oct. 30, 2016. This press release was originally published/issued: Mon, 09 May 2011 22:52:24 +0000

LEGAL NOTICE AND TERMS OF USE: The content of the above press release was provided by the “news source” Los Angeles Music Network or authorized agency, who is solely responsible for its accuracy. Send2Press® is the originating wire service for this story and content is Copr. © Los Angeles Music Network with newswire version Copr. © 2011 Send2Press (a service of Neotrope). All trademarks acknowledged. Information is believed accurate, as provided by news source or authorized agency, however is not guaranteed, and you assume all risk for use of any information found herein/hereupon.