KidSpirit Online, the Publication by and for Teens, Named Finalist in AEP’s 2011 Golden Lamp Awards

BROOKLYN, N.Y., May 19, 2011 (SEND2PRESS NEWSWIRE) — KidSpirit Online (www.kidspiritonline.com), the magazine and social networking site for 11- to 15-year-olds, is pleased to announce that it has been named a finalist in the 2011 AEP Awards, the highest standard for quality, professional educational resources and excellence in educational marketing. The Association of Educational Publishers’ annual awards program and its seal of excellence are widely recognized by educators, administrators, and parents as a mark of outstanding educational value.

KidSpirit Online, a non-profit magazine and Web forum that gives young teens a safe and inclusive space online to dialogue about big life questions, is a finalist in the Golden Lamp Awards for Periodicals, along with publications from Highlights, Scholastic, and the National Association for the Education of Young Children. KidSpirit adds this accolade to its Mom’s Choice Gold Award, and its gold award and “Top Pick” in the magazine category from the National Parenting Publications Association (NAPPA).

An award-winning print magazine, KidSpirit recently completed its first year online. Since its digital transition, KidSpirit has made headlines for publishing provocative content by youth. In the most recent issue, teenagers discuss conflict and peacemaking: one teen interviews youth from Israel, Palestine and Northern Ireland who participated in summer camps to help bridge the gaps of their cultural and historical heritages; another teen from India writes about Gandhi’s legacy in her country and struggles with implementing his teaching in today’s conflicts; yet another teen explores the psychological violence of cyberbullying.

Marc Gopin, renowned international peacemaker and Director of George Mason University’s Center on Religion, Diplomacy and Conflict Resolution, rounds out the issue with a reflection about the spiritual and psychological underpinnings of peacemaking. He describes how young people can create peace by starting with self-reflection and self-examination, confronting inner conflict as a way of preparing oneself for tackling conflict with others.

The Golden Lamp Awards are the educational resource industry’s top honor, recognizing the best overall tools for teaching and learning. Golden Lamp finalists and winners are defined by their superior use of content, design, and fulfillment of the product’s educational mission. Four finalists are chosen in each entry category, representing 16 of the year’s most elite resources for teaching and learning. 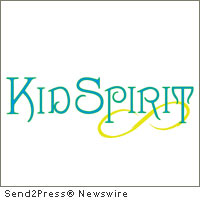 NEWS ARCHIVE NOTE: this archival news content, issued by the news source via Send2Press Newswire, was originally located in the Send2Press® 2004-2015 2.0 news platform and has been permanently converted/moved (and redirected) into our 3.0 platform. Also note the story “reads” counter (bottom of page) does not include any data prior to Oct. 30, 2016. This press release was originally published/issued: Thu, 19 May 2011 19:16:09 +0000

ABOUT THE NEWS SOURCE:
KidSpirit Online

LEGAL NOTICE AND TERMS OF USE: The content of the above press release was provided by the “news source” KidSpirit Online or authorized agency, who is solely responsible for its accuracy. Send2Press® is the originating wire service for this story and content is Copr. © KidSpirit Online with newswire version Copr. © 2011 Send2Press (a service of Neotrope). All trademarks acknowledged. Information is believed accurate, as provided by news source or authorized agency, however is not guaranteed, and you assume all risk for use of any information found herein/hereupon.