While Governor Brown and Democratic Legislators battle Republicans to raise taxes, Congressman Tom McClintock (R-CA) has asked for Governor Brown’s assistance to squash a Democrat-approved piece of Legislation which will increase California’s deficit and have devastating long term effects to the State.

“Depriving the State from yet another source of revenue while breaking the back of its economy with higher taxes is indefensible,” states McClintock.

In an underhanded proposition by a few Indian tribes and environmental extremists, an erroneous $1.8 Million “budget cut” was suggested to be made to a non-existent “budget deficit” in the suction dredge gold mining budget.

Although erroneous, the all-Democrat “budget saving” legislation will cost the State $23 Million annually, and will erase 4,000 miners’ jobs plus 15,000 additional inter-related jobs. It will also deal a permanent death blow to the suction dredge gold mining industry in California.

In the communication to Governor Brown regarding the legislation, McClintock stated “Destroying four thousand jobs when California is suffering from 11.9 percent unemployment is simply insane.”

While the miners and McClintock are trying to save the California industry and help shore up the budget, anti-mining foes have submitted grant requests for $9 Million to lease industrial-sized cutter-head dredges from a Canadian company to suck up sediment in California reservoirs.

“The utter hypocrisy is staggering,” says Mike Dunn, owner of Gold Pan California. “They want to stop individuals from diving for gold, yet they want to mechanically gouge out the river bottoms with gargantuan machines. And, they want the taxpayers to support a Canadian manufacturer, when Keene and Proline are the two largest dredge manufacturers in America, and both businesses are located in California,” says Dunn.

The Democrats are battling Republicans to raise taxes, supposedly to balance the budget deficit. But when the Legislature thinks its a good idea to kill California’s entirely solvent gold mining industry, erase 4,000 direct jobs plus 15,000 inter-related jobs, and increase the State deficit by $23 Million, meanwhile, send our tax dollars to a Canadian manufacturer for equipment used in California, it doesn’t seem like raising taxes will balance any part of California’s budget deficit.

Congressman McClintock’s warning letter summed up the legislation attempt precisely; this is insane.

On a bright note, if the Governor removes this harmful legislation, the miners’ contribution of $23 Million can be added to the Revenue side of the new budget, since it was entirely omitted in the first budget proposal which the Governor vetoed last week.

About Gold Pan California:
The company was founded in 2008 by Mike Dunn, an international gold mining specialist who has been suction gold dredge mining for 33 years. 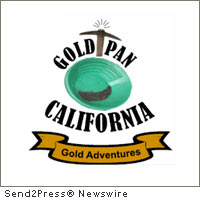 NEWS ARCHIVE NOTE: this archival news content, issued by the news source via Send2Press Newswire, was originally located in the Send2Press® 2004-2015 2.0 news platform and has been permanently converted/moved (and redirected) into our 3.0 platform. Also note the story “reads” counter (bottom of page) does not include any data prior to Oct. 30, 2016. This press release was originally published/issued: Thu, 23 Jun 2011 19:37:02 +0000

LEGAL NOTICE AND TERMS OF USE: The content of the above press release was provided by the “news source” Gold Pan California or authorized agency, who is solely responsible for its accuracy. Send2Press® is the originating wire service for this story and content is Copr. © Gold Pan California with newswire version Copr. © 2011 Send2Press (a service of Neotrope). All trademarks acknowledged. Information is believed accurate, as provided by news source or authorized agency, however is not guaranteed, and you assume all risk for use of any information found herein/hereupon.