CARLSBAD, Calif., July 11, 2011 (SEND2PRESS NEWSWIRE) — Carlsbad, California attorney Stanley D. Prowse is pleased to announce that on June 1, 2011 he became a Certified Family Law Specialist (“CFLS”). Specialist certification is conferred by the California Board of Legal Specialization of the California State Bar. Certification requires that an attorney devote the majority of his practice to family law, demonstrate extensive office and courtroom experience, undergo many hours of advanced education in all family law areas, and pass a rigorous day long examination.

“Family Law practice is the most demanding work a lawyer can do. Detailed knowledge of the Family Code is essential. Divorce lawyers must also be experienced – as I am – in real estate and business law, to serve their clients properly. Empathy, patience, and genuine concern for others are essential. It’s a good fit for me,” said attorney Stanley D. Prowse.

To celebrate this achievement Mr. Prowse has written and posted a new series of articles on his web site – www.stanprowse.com – covering several important aspects of divorce, including family law in California, the divorce process, spousal support, child custody and child support, separate property, community property, reimbursement and equitable apportionment, contested and uncontested divorce, divorce mediation, and move away issues. Harvard Law School awarded Mr. Prowse his Juris Doctor degree in 1973. He also holds two degrees in European history, a BA from Yale University and an MA from Columbia University. Mr. Prowse is admitted to practice law in Georgia, Maryland, and the District of Columbia, as well as California.

Before becoming a sole practitioner he was associated with both large and small law firms in Atlanta, San Diego, and Baltimore. He also served as Associate General Counsel for Shapell Industries in Beverly Hills, California while Shapell was a public company.

Mr. Prowse began work in the family law field in 1978. Over his many years as a lawyer, divorce grew from a small part of his professional life to the largest part. Along the way he became well versed in other legal disciplines, including real estate, business, and construction, both in the office and in the courtroom. His background includes jury and judge trials, mediation, and arbitration. He has served as a judge pro tem.

This wealth of experience in many areas, along with his training as an historian, are invaluable to him in his family law practice, where legal issues of an astonishing variety, and convoluted lengthy stories, are the usual fare. Mr. Prowse serves a wide variety of clientele, from people of modest means to the wealthy. In one of his recent cases, the marital estate totaled some nine million dollars. His sensitivity to his clients’ emotional needs sets him apart, along with a keen sense of humor and a reputation among his colleagues for absolute integrity.

News issued by: The Law Office of Stanley D. Prowse 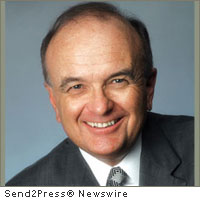 NEWS ARCHIVE NOTE: this archival news content, issued by the news source via Send2Press Newswire, was originally located in the Send2Press® 2004-2015 2.0 news platform and has been permanently converted/moved (and redirected) into our 3.0 platform. Also note the story “reads” counter (bottom of page) does not include any data prior to Oct. 30, 2016. This press release was originally published/issued: Mon, 11 Jul 2011 19:46:06 +0000

More from The Law Office of Stanley D. Prowse

ABOUT THE NEWS SOURCE:
The Law Office of Stanley D. Prowse

LEGAL NOTICE AND TERMS OF USE: The content of the above press release was provided by the “news source” The Law Office of Stanley D. Prowse or authorized agency, who is solely responsible for its accuracy. Send2Press® is the originating wire service for this story and content is Copr. © The Law Office of Stanley D. Prowse with newswire version Copr. © 2011 Send2Press (a service of Neotrope). All trademarks acknowledged. Information is believed accurate, as provided by news source or authorized agency, however is not guaranteed, and you assume all risk for use of any information found herein/hereupon.