COLUMBUS, Ohio, July 26, 2011 (SEND2PRESS NEWSWIRE) — Yesterday Leader Technologies filed its opening brief in its patent infringement fight against Facebook at the Court of Appeals for the Federal Circuit in Washington, D.C. Leader is represented by King & Spalding LLP and lead counsels Paul Andre, Lisa Kobialka, Daryl Joseffer and Adam Conrad. The nine-day jury trial in Delaware ended on July 27, 2010 with a split verdict.

At trial, Facebook was judged to be “literally infringing” Leader’s U.S. Patent No. 7,139,761 on 11 of 11 claims, and the jury also found that the invention was not obvious over the published prior art. Put simply, this means that the software engine driving Facebook is Leader’s invention.

However, the jury found the patent invalid on the theory that Leader had engaged in premature commercial activity more than one year before the patent application was filed. According to Leader, while much evidence was presented on both sides regarding infringement and prior art, Facebook presented no evidence to support its allegations of early commercial activity. Facebook had the “heavy burden” to present “clear and convincing evidence” to prove its allegation that Leader disclosed the invention prematurely. The clear and convincing standard was recently reaffirmed by the Supreme Court in Microsoft v. i4i.

The law on Facebook’s burden of proof requires Facebook to prove that each and every element of Leader’s invention was present in the alleged 2002 offers. Leader states that various products were sold in 2002, but none of them included the invention “because it did not exist at that time.”

Leader argues that Facebook had all versions of Leader’s source code and engineering documents, and that Facebook would surely have used the code had it actually discovered any evidence of Leader’s alleged early commercial activity. CEO Mike McKibben said, “Facebook didn’t produce any of our source code because the programmer notations in our code prove they are wrong.”

Leader argues that “if requiring clear and convincing evidence of invalidity is to be more than an empty semantic exercise, it must mean that the jury’s verdict here cannot stand.”

Facebook’s response is due according to the court Rules.

About Leader:
Leader Technologies Incorporated is located in Columbus, Ohio and may be reached thru John Needham at 614-890-1986 or online at www.leader.com . 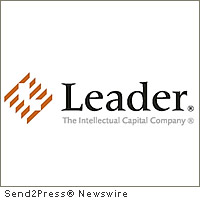 NEWS ARCHIVE NOTE: this archival news content, issued by the news source via Send2Press Newswire, was originally located in the Send2Press® 2004-2015 2.0 news platform and has been permanently converted/moved (and redirected) into our 3.0 platform. Also note the story “reads” counter (bottom of page) does not include any data prior to Oct. 30, 2016. This press release was originally published/issued: Tue, 26 Jul 2011 22:34:05 +0000

LEGAL NOTICE AND TERMS OF USE: The content of the above press release was provided by the “news source” Leader Technologies Incorporated or authorized agency, who is solely responsible for its accuracy. Send2Press® is the originating wire service for this story and content is Copr. © Leader Technologies Incorporated with newswire version Copr. © 2011 Send2Press (a service of Neotrope). All trademarks acknowledged. Information is believed accurate, as provided by news source or authorized agency, however is not guaranteed, and you assume all risk for use of any information found herein/hereupon.