“360 Mortgage prides itself on attracting the cream of the wholesale crop, and Tommy Cruse is no exception,” said 360 Mortgage Group President Mark Greco. “Tommy’s strong team building, communication, problem solving, organizational, planning and interpersonal skills make him a natural to help build our successful mortgage operations in the Southeast region. We feel very privileged to have such an experienced and passionate professional on board.”

Prior to joining 360 Mortgage Group, Cruse worked as an account executive for CBC National Bank, senior vice president for EquiBanc Mortgage Corporation and Southeast regional vice president of Flagstar Bank FSB, among others. In addition, Cruse has held executive leadership positions in both the Mortgage Bankers Association of Georgia and the Atlanta Mortgage Bankers Association and has also been affiliated with the Georgia Association of Mortgage Brokers and the Georgia Real Estate Prevention and Awareness Coalition. He holds a bachelor of science in Business Administration from University of Louisiana.

“360 Mortgage Group is redefining the future for mortgage brokers through high-powered technology that affords a broker more control over the loan process,” said Tommy Cruse. “In a time when most wholesalers are one and the same, I’m excited to join this visionary team in bringing 360 to Georgia and alleviating many of the frustrations that commonly plague brokers. With innovative technology, competitive rates, 24-hour turnaround times, and a true desire for each customer to succeed, I look forward to helping Georgia brokers get on board with 360 as quickly as possible so they won’t miss out on all of the incredible benefits we have to offer.”

“I can’t think of anything not positive to say about Tommy Cruse,” said Meredith Williams, owner of WD Little Mortgage. “He is one of the most genuine people I know in this industry and has a wealth of experience in every area in this industry. He is someone I truly respect for his integrity and dependability.”

About 360 Mortgage Group, LLC:
Established in 2007, 360 Mortgage Group LLC is a privately owned mortgage bank that has successfully utilized its high-technology platform to provide better communication and customer service to business partners. An approved Fannie Mae seller/servicer, 360 Mortgage Group is centralized in Austin, Texas and services more than 25 cities across the United States. 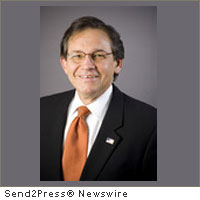 NEWS ARCHIVE NOTE: this archival news content, issued by the news source via Send2Press Newswire, was originally located in the Send2Press® 2004-2015 2.0 news platform and has been permanently converted/moved (and redirected) into our 3.0 platform. Also note the story “reads” counter (bottom of page) does not include any data prior to Oct. 30, 2016. This press release was originally published/issued: Tue, 02 Aug 2011 18:27:04 +0000