“360 Mortgage Group’s goal is to attract the premier loan originators in each of its territories, and Lisa Glenn certainly fits into that category,” said 360 Mortgage Group President Mark Greco. “Lisa’s ability to create market presence and provide product education, as well as her client performance management skills, will prove invaluable in establishing trust with borrowers as we build our presence in the Southeast region. We’re honored to have her aboard.”

“I am excited to join 360 Mortgage Group,” said Lisa Glenn. “Focusing on brokers’ needs for successful business growth is paramount right now in the wholesale industry, and 360 demonstrates that enthusiastically with the design of an efficient system to load information, view information and providing ease of access to all parties involved in closing each loan. The communication, consistency and control available to our brokers speaks volumes.”

“I’ve known Lisa for 20 years and I don’t think I can find words to express how incredibly professional and smart she is,” said Bob Weber, CEO of Envision Mortgage. “She has complete integrity and value. 360 Mortgage Group is really lucky to have Lisa as a part of their team.” 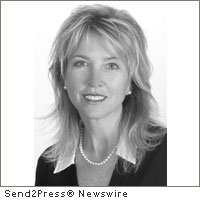 NEWS ARCHIVE NOTE: this archival news content, issued by the news source via Send2Press Newswire, was originally located in the Send2Press® 2004-2015 2.0 news platform and has been permanently converted/moved (and redirected) into our 3.0 platform. Also note the story “reads” counter (bottom of page) does not include any data prior to Oct. 30, 2016. This press release was originally published/issued: Tue, 02 Aug 2011 20:59:09 +0000