SAN FRANCISCO, Calif., Aug. 9, 2011 (SEND2PRESS NEWSWIRE) — DJ Jimmy Stewart Jr. just finished his “I have a Dream” record and Sesene Entertainment is promoting it via a free download on its web site (www.seseneentertainment.com). “To date, this is the most powerful piece Stewart has done and he believes that this is one of those projects that is and will always be bigger than him,” says Sean Alfonso, president/CEO of Sesene Entertainment.

While attending the Electric Daisy Convention in Las Vegas, Stewart was inspired to create a song that he believed could be an Instant Anthem – “I have a Dream.”

And, he just may be onto something. Stewart has received multiple calls and messages from DJs and producers around the globe about this song; they are requesting a release date and download information.

“Stewart is a diamond in the rough; he is an authentic turntablist and is the most skilled scratch and party-rocking DJ that I have seen in years. I can’t wait to witness what he is going to do next,” says Alfonso.

“I Have a Dream” does serious musical justice to Martin Luther King’s infamous speech of August 1963. The mix is ideal for dance clubs – it’s house music at its best.

About Jimmy Stewart Jr.:
Stewart is a Club 997 resident DJ, a radio station in San Francisco (997 NOW) – home to the Bay Area’s top hits, pop culture news, hot new music and celebrity gossip. He is one of the Bay Area’s top DJs and is now making international waves as a producer.

He has done more than 30 remixes which have been played internationally and now he has written and produced an original song/record.

Taking notes from some of the world’s superstar DJs, Stewart believes that this “breakout” track is a great way to get the ball rolling and start moving to that next level.

To preview “I have a Dream” on YouTube, visit: http://www.youtube.com/watch?v=L7am8ZGPOiA . 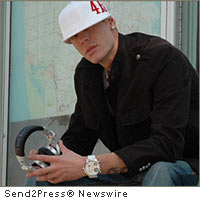 NEWS ARCHIVE NOTE: this archival news content, issued by the news source via Send2Press Newswire, was originally located in the Send2Press® 2004-2015 2.0 news platform and has been permanently converted/moved (and redirected) into our 3.0 platform. Also note the story “reads” counter (bottom of page) does not include any data prior to Oct. 30, 2016. This press release was originally published/issued: Tue, 09 Aug 2011 09:59:22 +0000

ABOUT THE NEWS SOURCE:
Sesene Entertainment

LEGAL NOTICE AND TERMS OF USE: The content of the above press release was provided by the “news source” Sesene Entertainment or authorized agency, who is solely responsible for its accuracy. Send2Press® is the originating wire service for this story and content is Copr. © Sesene Entertainment with newswire version Copr. © 2011 Send2Press (a service of Neotrope). All trademarks acknowledged. Information is believed accurate, as provided by news source or authorized agency, however is not guaranteed, and you assume all risk for use of any information found herein/hereupon.