TIPP CITY, Ohio, Aug. 12, 2011 (SEND2PRESS NEWSWIRE) — “I’ve dedicated a good portion of my life to making things better for this community, by bringing people together to solve problems,” said McDermott. “As your City Councilman, I will bring my passion for growing Tipp businesses, my commitment to our schools, along with some badly needed solutions-oriented approaches to our challenges. We’re going to make Tipp City a place where families can enjoy affordable housing, safe neighborhoods, and a thriving local economy.”

For more than a decade, McDermott has drawn small businesses, non-profits and potential residents to Tipp City by highlighting the advantages of living, working and shopping in Tipp City. His longstanding positive influence on City governance and culture is one reason he’s earned significant support from local leaders, residents and entrepreneurs.

In 2007, McDermott led a high-profile turnaround of the Tipp City Area Chamber of Commerce as that organization’s Chairman. Following, he served in leadership capacities with the Downtown Tipp City Partnership, the Tipp City Charter Board, and, most recently, as Chair of the 10-Year Capital Improvements Plan committee. His leadership was critical in placing those organizations on the sound footing they now enjoy.

During the 2009 budget crisis, when Tipp City struggled to distribute information to residents, McDermott’s recommendations to the City on new, low-cost media strategies led to Tipp City’s first Social Media initiative – the City’s popular Facebook page – which, for more than 1,000 residents, remains the preferred way of receiving City bulletins. In addition to convenience to residents, the Social Media initiative McDermott proposed allows the City a cost-savings dividend while allowing for more efficient communication with citizens.

“The Social Media initiative is typical of the way he solves problems,” said local businessman Mark Bamberger. “Mike answers questions, sometimes questions we hadn’t even thought to ask. For him, always, the way to navigate through tough times is by moving forward.” 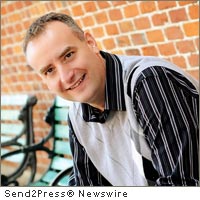 NEWS ARCHIVE NOTE: this archival news content, issued by the news source via Send2Press Newswire, was originally located in the Send2Press® 2004-2015 2.0 news platform and has been permanently converted/moved (and redirected) into our 3.0 platform. Also note the story “reads” counter (bottom of page) does not include any data prior to Oct. 30, 2016. This press release was originally published/issued: Fri, 12 Aug 2011 17:26:29 +0000

More from Friends of Mike McDermott

ABOUT THE NEWS SOURCE:
Friends of Mike McDermott

LEGAL NOTICE AND TERMS OF USE: The content of the above press release was provided by the “news source” Friends of Mike McDermott or authorized agency, who is solely responsible for its accuracy. Send2Press® is the originating wire service for this story and content is Copr. © Friends of Mike McDermott with newswire version Copr. © 2011 Send2Press (a service of Neotrope). All trademarks acknowledged. Information is believed accurate, as provided by news source or authorized agency, however is not guaranteed, and you assume all risk for use of any information found herein/hereupon.