AUSTIN, Texas, Sept. 9, 2011 (SEND2PRESS NEWSWIRE) — 360 Mortgage Group, a privately owned wholesale mortgage bank, welcomes Sheila Bryson as an account executive. To her new role, Bryson brings 20 years of experience in working as a liaison between brokers and operations, as well as training brokers on products and procedures.

Prior to joining 360 Mortgage Group, Bryson worked as an account executive for Wells Fargo Home Mortgage, GE Capital Mortgage Services and Security Federal Bank, as well as a vice president for Indy Documents, Ltd., and Logan-Laws Financial Group. Bryson earned a Bachelor of Science degree in business from Indiana University, as well as a Bachelor of Art degree in interior design from Purdue University.

“I joined 360 Mortgage because their use of the latest technology delivers the excellent customer service to which I have always aspired,” Bryson said.

“Over the past ten years, we have worked together and Sheila is one of the most professional and responsible AE’s that we have dealt with,” said Forrest Ferris, president of Horizon Home Loans, Inc. “This is a relationship driven business, and Sheila has always maintained positive relationships with the brokers she has trained. 360 Mortgage Group is lucky to have Sheila as a part of their team.” 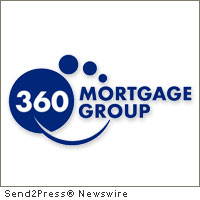 NEWS ARCHIVE NOTE: this archival news content, issued by the news source via Send2Press Newswire, was originally located in the Send2Press® 2004-2015 2.0 news platform and has been permanently converted/moved (and redirected) into our 3.0 platform. Also note the story “reads” counter (bottom of page) does not include any data prior to Oct. 30, 2016. This press release was originally published/issued: Fri, 09 Sep 2011 21:38:02 +0000