Prior to joining 360 Mortgage Group, Vanderliet worked as an account executive for National City Mortgage, a branch manager/producing manager for CIB Mortgage and an account executive for Commonwealth United Mortgage. Vanderliet currently holds a California real estate license, and while employed with National City Mortgage in Sacramento, she was a Platinum Club Member for four out of her seven years of employment.

While employed with CIB Mortgage, Vanderliet was named a Top 10 Producer for two out of five years. In addition, Vanderliet holds a Bachelor of Science degree in business education from the University of Nebraska.

“I was very impressed with 360 Mortgage’s advanced technology and found it hard to believe that they could make it so easy,” Vanderliet said. “I have been looking for a company that will allow me to just ‘do loans’ and not be so heavily involved with the process of getting a loan through the system. I have found that at 360.”

“Over the years that I have known Christine, I have found her to be not only a hard worker and well informed but incredibly funny,” said Roberta Young, a loan officer at Comstock Mortgage. “If I have to work on a nightmare loan, I want Christine Vanderliet on the other end of the transaction. Not only am I confident that the problems will be worked out, I’m sure to have a great time getting to the solution.” 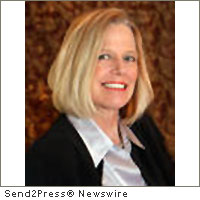 NEWS ARCHIVE NOTE: this archival news content, issued by the news source via Send2Press Newswire, was originally located in the Send2Press® 2004-2015 2.0 news platform and has been permanently converted/moved (and redirected) into our 3.0 platform. Also note the story “reads” counter (bottom of page) does not include any data prior to Oct. 30, 2016. This press release was originally published/issued: Fri, 09 Sep 2011 22:46:03 +0000