NEW YORK, N.Y., Sept. 29, 2011 (SEND2PRESS NEWSWIRE) — When William Pope.L donned a business suit and crawled on his belly through the gutter up NYC’s Bowery, the “Friendliest Black Artist in America” was poignantly calling attention to themes of race, social class and power. Now, in his debut project with 20×200 – the place to discover and buy art online – the seminal artist once again addresses these issues with a selection from his ongoing and widely exhibited project “Skin Set Drawings.”

Pope.L has been provocatively creating a dialogue surrounding disenfranchisement, power, consumerism and race throughout his conceptual, often performance-based art practice, which has spanned over four decades. He is perhaps best known for a series of more than 40 “crawls” staged since 1978, in which the artist – wearing costumes such as a Superman outfit or the aforementioned business suit -painstakingly crawled his way through city streets across the country, frequently on his belly.

About the Artist, William Pope.L:
Born in Newark, NJ, in 1955, William Pope.L is an American visual artist practicing performance and interventionist public art, and he’s also an educator at the University of Chicago’s Department of Visual Arts. He was included in the 2002 Whitney Biennial and was made a Guggenheim Fellow in 2004. Pope.L has exhibited internationally, including in New York, Los Angeles, London, Vienna, Brussels, Montreal, Berlin, Zurich and Tokyo. His recent projects have been held at the Carpenter Center for Visual Art at Harvard University, as well as Hauser and Wirth in New York City, where he staged a reinvention of Allan Kaprow’s “Yard” that the New York Times called “brilliant … faithful but new.” In the New Museum’s 2010-2011 exhibition The Last Newspaper, assistants wearing Barack Obama masks helped Pope.L restage his infamous 2000 performance “Eating the Wall Street Journal.” Upcoming works include a solo show at Eastside Projects (Birmingham, U.K.), where he’s directing a film called “Child,” and he’ll be participating in Prospect.2, the biennial in New Orleans.

About 20×200:
With new limited-edition art prints introduced every week, 20×200 is the place to discover and buy art online. The site was launched in 2007 by gallery owner, curator, writer and entrepreneur Jen Bekman with this simple formula: (limited editions x low prices) + the internet = art for everyone. 20×200 features a curated selection of affordable art online, enabling and encouraging a broader audience to buy art, become collectors and support artists. While the site’s signature art prints are 8x10s sold for $20 in an edition of 200, larger works are available at prices from $50 and $200 to $10,000. Every print is exhibition quality and is accompanied by an artist-signed and numbered certificate of authenticity.

20×200 works directly with more than 200 artists – emerging, established and legendary – giving each the incredible opportunity to share their work with the widest range of potential collectors. New artists and limited editions are announced every week. Newsletter subscribers get first access to the often fast-selling new releases and the curator’s story behind the work and the artist. 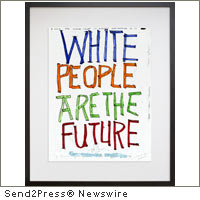 NEWS ARCHIVE NOTE: this archival news content, issued by the news source via Send2Press Newswire, was originally located in the Send2Press® 2004-2015 2.0 news platform and has been permanently converted/moved (and redirected) into our 3.0 platform. Also note the story “reads” counter (bottom of page) does not include any data prior to Oct. 30, 2016. This press release was originally published/issued: Thu, 29 Sep 2011 21:46:38 +0000