Mathys alleged that Dr. William Koontz failed to properly treat Donelson’s high-risk pregnancy by improperly placing a cerclage, which is a purse string type device to keep the cervix closed and prevent a premature birth. But when that cerclage failed to do its job, Dr. Koontz’s partner, Dr. Joseph Bilotta, failed to remove the device when Donelson went into spontaneous pre-term labor. The purse string acted like a noose around the baby’s neck during the double-footling breech delivery causing baby Prince’s head to be decapitated. Donelson witnessed this entire horrific event, including watching her son’s headless body handed to the nurse, the chin ripped off and the head delivered.

As a result of watching her child decapitated, Donelson suffers from post-traumatic stress disorder, anxiety and depression. The $1.4 million award was exclusively for Donelson’s past and future pain and suffering related to her emotional injuries.

“Justice was served here today,” said Mathys. “The jury heard Micheatria’s ordeal, felt her pain, and understood the significant harms and losses she endured. This money will allow her to receive the psychological care she desperately needs to try and live as normal a life as possible.”

Unfortunately, Prince Embry was only 21 weeks old, was not considered viable and therefore not entitled to any independent recovery for wrongful death under Kentucky law.

Mathys, stated that the wrongful death law in Kentucky regarding the need to prove viability is archaic and unfair to pregnant mothers. “It allows the worst care to go unpunished, so that if the pregnancy fails to reach 24 weeks gestation, doctors cannot be sued for the infant’s wrongful death.”

News issued by: Law Offices of Mathys and Schneid 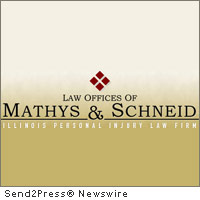 NEWS ARCHIVE NOTE: this archival news content, issued by the news source via Send2Press Newswire, was originally located in the Send2Press® 2004-2015 2.0 news platform and has been permanently converted/moved (and redirected) into our 3.0 platform. Also note the story “reads” counter (bottom of page) does not include any data prior to Oct. 30, 2016. This press release was originally published/issued: Mon, 10 Oct 2011 14:07:25 +0000

More from Law Offices of Mathys and Schneid

ABOUT THE NEWS SOURCE:
Law Offices of Mathys and Schneid

RSS News Feed for Law Offices of Mathys and Schneid

LEGAL NOTICE AND TERMS OF USE: The content of the above press release was provided by the “news source” Law Offices of Mathys and Schneid or authorized agency, who is solely responsible for its accuracy. Send2Press® is the originating wire service for this story and content is Copr. © Law Offices of Mathys and Schneid with newswire version Copr. © 2011 Send2Press (a service of Neotrope). All trademarks acknowledged. Information is believed accurate, as provided by news source or authorized agency, however is not guaranteed, and you assume all risk for use of any information found herein/hereupon.