ASPEN, Colo., Dec. 5, 2013 (SEND2PRESS NEWSWIRE) — Cameron/Baxter Films, LLC announces a new project and crowd-funding campaign to shed light on the historical facts of the events at Plymouth Plantation between 1620 and 1675, before, during and after “The First Thanksgiving,” a period in American history shrouded in misconception and misinformation.

Cher, part Cherokee, jumped on the bandwagon with the Thanksgiving debunkers via Twitter on the day before Thanksgiving when she tweeted to her nearly 2 million followers: “Stealing Land, from a ppl, Who believed, Owning LAND Was LIke Owning SKY! We gave them Blankets laced w/Smallpox @cher.”

This statement by the superstar went viral within days with hundreds of media outlets picking it up. Thousands upon thousands of likes, shares, retweets and conversations on Social media sites like Twitter and Facebook spread the news like wildfire. “Global Grind” (The World According to Hip-Pop) shows how a story mutates like a game of “Telephone” with their article, “Tell ’em! Cher Gives Her Followers a Thanksgiving History Lesson via Twitter” – “She continues, elaborating on the crimes against Native Americans and tactics early settlers used to make sure Native communities wouldn’t survive.”

In her tweet Cher is echoing the revisions to history that have been propounded on the internet over several decades and articulated at “The National Day of Mourning” every Thanksgiving Day since 1970 in Plymouth, Mass. by leaders of the United American Indians of New England (UAINE) and many others.

Mahtowin Munro (Lakota) and Moonanum James (Wampanoag), co-leaders of UAINE state in their November 28, 2013 press release that “Native people from throughout the Americas [come] to Plymouth, where they [mourn] their forebears who had been sold into slavery, burned alive, massacred, cheated, and mistreated since the arrival of the Pilgrims in 1620.” They go on to say “[Now] we are treated either as quaint relics from the past, or are, to most people, virtually invisible.”

“Unfortunately for all Americans, Indian and white, the ‘truth’ being spoken on the internet and in Plymouth, Mass. at the National Day of Mourning is a distorted rendition of an extraordinary moment in human history,” states Connie Baxter Marlow, Pilgrim descendant, scholar, filmmaker and long-time champion of the Native Americans. “There is no historical basis for what is being said. The result is serious confusion due to the blurring of dates, places and people into a mish-mash of horror and hardship for the Native people. The fact is, the Mayflower Pilgrims and the Wampanoag Indians lived in peace and friendship for over fifty years. There is a place of honor awaiting the Pilgrims and the Indians once we understand what they accomplished for all of us. They planted the seeds of democracy. For this we can be thankful.”

Marlow and fellow filmmaker Andrew Cameron Bailey are planning to complete the historical research, create a narrative film, produce a documentary film, and write a historical novel to shed light on the events in Plymouth between 1620 and 1675.

“The English Separatists known as the Mayflower Pilgrims drafted the famous ‘Mayflower Compact’ and formed themselves into a self-governing ‘civil body politic to serve the common good,’ before landing at Cape Cod in November 1620. When they met the Massasoit Ousa Mequin, leader of the Pokanoket band of Wampanoag Indians in the spring of 1621, they signed a treaty that both the Pilgrims and Indians honored for 55 years,” says Bailey, author, filmmaker and independent scholar. “I don’t think Cher was being malicious. I love her, but she is simply, like so many others, ignorant of the facts.”

Bailey and Marlow have spent a decade following the Pilgrim trail from Cambridge and Scrooby, England to Leyden, Holland and Cape Cod, Mass., meeting with Pilgrim scholars to discover what motivated the Pilgrims and how they related to their Indian neighbors. They have spent thirty years creating forums for visionary Native American elders to share their way of life and knowledge with films, photography exhibitions and books. They plan to bring historical accuracy to a balanced re-telling of this important story – a story that has been misinterpreted and misunderstood through the centuries and which lies deep in the American psyche.

Cameron/Baxter Films, LLC seeks financial supporters and team players to bring balance to the understanding of the founding of America and the individuals who laid the seeds of free government during a unique period in human history, the first fifty years of peace and friendship at Plymouth Plantation.

For more information on “The First Fifty Years: Freedom and Friendship at Plymouth Plantation” contact Connie or Andrew at First50Yrs@gmail.com – or connect online at: 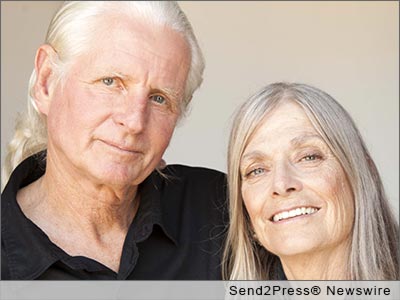 NEWS ARCHIVE NOTE: this archival news content, issued by the news source via Send2Press Newswire, was originally located in the Send2Press® 2004-2015 2.0 news platform and has been permanently converted/moved (and redirected) into our 3.0 platform. Also note the story “reads” counter (bottom of page) does not include any data prior to Oct. 30, 2016. This press release was originally published/issued: Thu, 05 Dec 2013 15:11:55 +0000

NOTE: Updated 11.3.16 on request of news source to address typo in original release where “descendant” was mis-spelled.

View More Colorado Business News
"Unfortunately for all Americans, Indian and white, the 'truth' being spoken on the internet and in Plymouth, Mass. at the National Day of Mourning is a distorted rendition of an extraordinary moment in human history," states Connie Baxter Marlow.

LEGAL NOTICE AND TERMS OF USE: The content of the above press release was provided by the “news source” Cameron Baxter Films, LLC or authorized agency, who is solely responsible for its accuracy. Send2Press® is the originating wire service for this story and content is Copr. © Cameron Baxter Films, LLC with newswire version Copr. © 2013 Send2Press (a service of Neotrope). All trademarks acknowledged. Information is believed accurate, as provided by news source or authorized agency, however is not guaranteed, and you assume all risk for use of any information found herein/hereupon.