The group members will perform pieces by Charles Ives, Ernesto Lecuona (“the Cuban Gershwin”), Jeff Levine, David Wolfson, and John McLaughlin (of the fusion group Mahavishnu Orchestra), and Joshua Rosenblum, the group’s founder and music director. The program will also feature an arrangement of Paul McCartney’s James Bond title song “Live and Let Die,” and a set of variations on “You’re a Mean One, Mr. Grinch.”

“I think we’re the only group in town that covers this much ground stylistically,” said Rosenblum. “On this concert we go from contemporary classical to pop to jazz to fusion. That way, if you don’t like a piece, just give us a few minutes, and we’ll be on to something completely different.”

Rosenblum, who founded the Pit Stop Players in 2009 as a means of giving Broadway musicians a chance to climb out of the pit and take center stage, says that nearly any genre is fair game for their programs. However, the primary emphasis is on new compositions and arrangements, written and orchestrated specifically for the group.

Rosenblum, who was trained as a classical pianist, has led the orchestras for thirteen Broadway and Off Broadway shows, including “Wonderful Town,” “Chitty Chitty Bang Bang,” “The Music Man,” “Miss Saigon,” and “Dr. Seuss’s How the Grinch Stole Christmas.” He is also the composer/creator of BUSH IS BAD, the hit Off Broadway satirical revue, and the composer/co-lyricist of “Fermat’s Last Tango” and “Einstein’s Dreams.” His instrumental music has been recorded on two CDs: “Impetuosities” and “Sundry Notes,” both on the Albany Records label.

Rosenblum has written pieces on commission for Phil Smith, principal trumpeter of the New York Philharmonic; Ethel, America’s premiere post-classical string quartet; and the Chase Brock Experience dance troupe, among many others. He teaches Composing for Musical Theater at Yale University, his alma mater, and was recently awarded a grant from the Signature Theatre in Washington, D.C., as part of the American Musical Voices Project: The Next Generation. 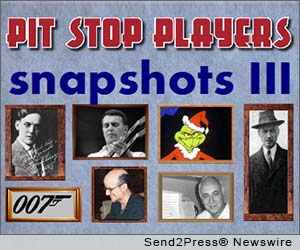 NEWS ARCHIVE NOTE: this archival news content, issued by the news source via Send2Press Newswire, was originally located in the Send2Press® 2004-2015 2.0 news platform and has been permanently converted/moved (and redirected) into our 3.0 platform. Also note the story “reads” counter (bottom of page) does not include any data prior to Oct. 30, 2016. This press release was originally published/issued: Tue, 15 Jan 2013 09:51:04 +0000