"Any software must have a precise task, whether it's a social network, a game or a tool for business processes or data transmission - every app has a defined audience of end users. Precise purpose and precise implementation make a good app," says Oleg Lola, founder of MobiDev Corporation.

ATLANTA, Ga., April 19, 2013 (SEND2PRESS NEWSWIRE) — Nobody wants bad apps. Software owners don’t want to receive bad products. Users don’t want to have bad apps on devices. But what hides behind the meaning of the word “bad”? How can software owners avoid building and getting “bad” mobile apps? “Generally, a bad app is one that doesn’t satisfy the end users’ needs,” says Oleg Lola, founder of MobiDev Corporation, specializing in mobile and web software development.

“Any software must have a precise task, whether it’s a social network, a game or a tool for business processes or data transmission – every app has a defined audience of end users. Precise purpose and precise implementation make a good app. If the app lacks them, cannot perform its intended task, cannot meet the needs of audience, it’s a bad one.”

A bad app is also one that doesn’t fully meet the needs. For example, a well-working app that doesn’t have a proper UI, or lacks some critical functionality. This causes inconvenience for users, who may abandon this app to find a better one. Support is also a criterion; if the users have questions about the app, they must receive feedback; software owner has to consider the reviews and improve the application. Otherwise the app becomes obsolete. Speed and security are very important. It’s unallowable to leave a chance for leaks of corporate data, e-mails, contacts, any personal information. A good app must not only bring benefits – it must cause no harm. Bad software is created without the discussion of these issues between the software owner and the developer.

Minor problems (bugs) are usually eliminated through quality assurance. Bugs lead to dissatisfaction of end users. That’s bad. But the major bugs are usually disclosed during the QA process, before the deployment.

The majority of problems after deployment are connected with compatibility of devices and platform versions. For example, Android has plenty of smartphones and tablets. If the app doesn’t use the standard UI elements, there might be problems on certain devices. That’s solved by the precise list of devices the app should run on; also by testing on each device. BlackBerry faces the same problem, but to a lesser extent. iOS is a winner here: developers have to consider the differences between iPhone and iPad; and the platform versions – they check whether the app works properly on the earlier versions.

Other problems may include updates. For example, occurs some change in Facebook, some function is added, or some is removed. This may influence the app that has integrated Facebook sharing. This has to be tracked and updated in case of necessity. Then the server maintenance. If hosting stops being supported, a crash of the app occurs. This must also be tracked. As for any minor problems, they are usually easy to eliminate. You really shouldn’t allow your app to become obsolete. Updates are vital for good apps.

What are the main mistakes of developers that result in such a questionable outcome? Good software developers are people inclined to creative work, in some way like composers and poets. Custom software works are often highly individual. No developer would knowingly put bugs into the app.

Lola says, “The main mistakes are usually connected with inattention. A lot here depends on the developer’s experience. On one hand, an app must be done to be close to perfection. On the other hand, developers can mistake, and do mistake, you cannot predict just everything. There may be standard situations that are usually fully considered (what happens if the user pushes this or that button, or all of them simultaneously, or how the app will work in the background). But there are always non-standard situations, such as sudden abruption of Internet connection, or if the server becomes disabled for some reason. These could also be updates in the third-party software, which has bonds with the app. Or differences in screen resolutions, hardware capabilities of devices, like for the abovementioned Android. Non-standard situations are hard to predict. And as a best way out, here we return to quality assurance.”

That’s how developers and QA specialists both vitally shape the app. But while developers create the app, QA specialists must wish to destroy it. That’s the opposite activities that work for the quality of the app. QA tests the capabilities of the application, find its limits. The better are the attempts to destroy the app, the more problems are found and eliminated.

“For example, apart from developer teams, we have our own QA department, that performs testing for the software we create, as well as for the third-party software,” says Lola, “Testing is an obligatory stage of our software development. It’s quite convenient to test the software you create, since you know everything about it. As well that’s convenience for software owners, who don’t have to test their app elsewhere. You may learn this and much more in detail on our blog.” ( http://mobidev.biz/blogs.html?home ).

The more software owners know about the app they want to get, the better is the result. They must realize the whole lifecycle of the app; they must realize possible problems and be ready to take measures to avoid or fix them with the help of good developers. Oleg Lola has also added some more tips for software owners:

“First, be demanding. But remember, that good works are never created too quickly. Each iteration, each stage needs its time to be performed. If there are strict time limitations for some reason, it’s better to reduce the number of implemented features, but to implement them with precision. Haste makes waste.

Second, don’t cut down QA for the sake of sparing costs. QA is the essential way to make sure you will get the high-quality software you want.

Third, think of and for your end user. Even if you need apps for internal use, when employees will be obliged to use them, remember, that your custom software works for their convenience first, and for your profits second. Be user-oriented while deciding on software details, and then both convenience and profits will come.

If you consider all the above mentioned points; if you are ready to invest time, resources and efforts in your software project – you will be the owner of good and profitable software.” 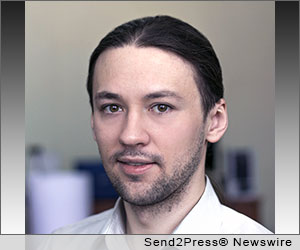 NEWS ARCHIVE NOTE: this archival news content, issued by the news source via Send2Press Newswire, was originally located in the Send2Press® 2004-2015 2.0 news platform and has been permanently converted/moved (and redirected) into our 3.0 platform. Also note the story “reads” counter (bottom of page) does not include any data prior to Oct. 30, 2016. This press release was originally published/issued: Fri, 19 Apr 2013 13:24:04 +0000

View More Atlanta Business News
"Any software must have a precise task, whether it's a social network, a game or a tool for business processes or data transmission - every app has a defined audience of end users. Precise purpose and precise implementation make a good app," says Oleg Lola, founder of MobiDev Corporation.

ABOUT THE NEWS SOURCE:
MobiDev Corporation

LEGAL NOTICE AND TERMS OF USE: The content of the above press release was provided by the “news source” MobiDev Corporation or authorized agency, who is solely responsible for its accuracy. Send2Press® is the originating wire service for this story and content is Copr. © MobiDev Corporation with newswire version Copr. © 2013 Send2Press (a service of Neotrope). All trademarks acknowledged. Information is believed accurate, as provided by news source or authorized agency, however is not guaranteed, and you assume all risk for use of any information found herein/hereupon.