A&I President Phillip Goldner said, "Tish Lampert's work is a powerful example of how the photographic arts can effectively serve a humanistic purpose. We're honored to have her and Ambassador Chowdhury come to PhotoLA to speak about her work and his campaign for world peace."

LOS ANGELES, Calif., Jan. 11, 2016 (SEND2PRESS NEWSWIRE) — A&I, the fine art photographic printing and services company, will present the work of award-winning photojournalist Tish Lampert at its booth #816 at PhotoLA. The exhibit is part of Lampert’s 15-year series on the landmark protests of our times. Ambassador Anwarul K. Chowdhury, Former Under-Secretary-General and High Representative of the UN, will dedicate the exhibition in a special event highlighting his world peace initiative.

Lampert’s career ranges from covering the 1992 Los Angeles riots, the migrant worker’s rights movement, to documenting life in the Navajo Nation. Her many field investigations include projects for The Fund For Peace, U.S. Veterans Artists’ Alliance, The Africa Project, and U.S. Doctors Without Borders. Her work has appeared in The London Times, The Evening Standard, Time Out Magazine and UN Assoc. Newsletter. She has served as media director and photographer for Voices of African Mothers, an accredited NGO at the United Nations.

Ambassador Anwarul K. Chowdhury served from 2002 to 2007 as the Under-Secretary-General and High Representative of the United Nations. A career diplomat, Chowdhury served as Ambassador and Permanent Representative of Bangladesh to the United Nations in New York from 1996 to 2001, and spearheaded the groundbreaking UN Security Council Resolution 1325 on the role of women in peace and security.

A&I President Phillip Goldner said, “Tish Lampert’s work is a powerful example of how the photographic arts can effectively serve a humanistic purpose. We’re honored to have her and Ambassador Chowdhury come to PhotoLA to speak about her work and his campaign for world peace.”

A&I is a proud sponsor of PhotoLA 2016 on its 25th anniversary and is located in booth #816. Other artists to be featured at the booth are Melvin Sokolsky, Jock McDonald and Pep Williams.

ABOUT A&I:
A&I is a division of The Harman Press based in North Hollywood, with a 30-year legacy of providing museum and gallery printing, and a variety of high-end photographic services, to the world’s top photographers. A&I is a leading supplier of fine art print-on-demand photo books and the sole U.S. provider of BookCreator©, free online design software for customized photo books. A&I is devoted to the traditional photographic arts while leading the way to the digital imaging future, advancing the skills and increasing the personal enrichment of all photographers. 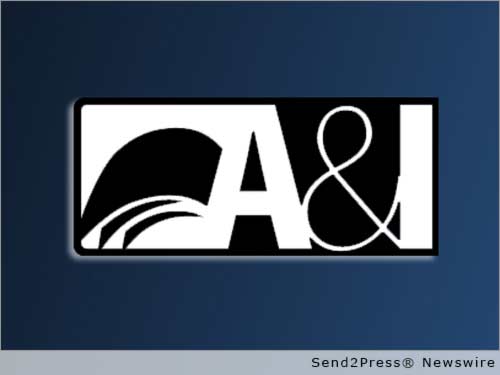 NEWS ARCHIVE NOTE: this archival news content, issued by the news source via Send2Press Newswire, was originally located in the Send2Press® 2004-2015 2.0 news platform and has been permanently converted/moved (and redirected) into our 3.0 platform. Also note the story “reads” counter (bottom of page) does not include any data prior to Oct. 30, 2016. This press release was originally published/issued: Mon, 11 Jan 2016 14:40:23 +0000

View More California Business News
A&I President Phillip Goldner said, "Tish Lampert's work is a powerful example of how the photographic arts can effectively serve a humanistic purpose. We're honored to have her and Ambassador Chowdhury come to PhotoLA to speak about her work and his campaign for world peace."

LEGAL NOTICE AND TERMS OF USE: The content of the above press release was provided by the “news source” The Harman Press or authorized agency, who is solely responsible for its accuracy. Send2Press® is the originating wire service for this story and content is Copr. © The Harman Press with newswire version Copr. © 2016 Send2Press (a service of Neotrope). All trademarks acknowledged. Information is believed accurate, as provided by news source or authorized agency, however is not guaranteed, and you assume all risk for use of any information found herein/hereupon.