An Asheville, N.C., abstractionist, Walton received an honorable mention for her painting, “Spill.” Additionally, “Golden Reflection,” was chosen for the Gallery show. Inspired by the inner landscape’s relationship with the natural world, the works were rendered in mixed media/oil cold wax on board.

Walton’s deftly layered color-driven paintings are characterized by emotion, movement and light, with a unique artistic voice marking her as emergent artist of significance in the national and international arenas. In a 2011 Asheville Museum of Art exhibit, her compared favorably with that of renowned colorist Hans Hoffmann.

The cold wax medium consists of a beeswax paste mixed with oil paints for a matte, layered texture. Walton’s mastery of the cold wax technique and proficiency as an instructor is well-known. Professional artists from across the United States flock to her workshops in Asheville and at the prestigious Ghost Ranch, N.M., where she has been an artist-in-residence since 2012.

In June, Walton’s “Bridge of Dreams” established firmly as a winner in the Manhattan Arts International Show, “Celebrate the Healing Power of Art.” That show was juried primarily by Lilly Wei, an independent curator and art critic for Art in America and ARTnews, among other publications. This spring, Walton was also the recipient of two additional international award recognitions in the annual “All Woman Art Competition”, by the online Light Space and Time gallery, taking fifth place in the painting category, and eighth place overall.

Since 2011, Walton remains a member of the juried National Association of Women Artists and a fellow in the Virginia Center for the Creative Arts, with support from the Karen Shea Silverman Foundation Endowment, at the Creative Retreat, Mount San Angelo, Amherst, Va., since 2006.

The 3rd National Juried East End Art Exhibit will opens today (Aug. 8) in the Gallery with a “Meet the Artists” reception from 5-7 p.m., which is free and open to the public. A special wine tasting event, with three tastings for $5 donation, coincides with the artists’ reception and continues until 9 p.m. in the East End Arts Carriage House located behind the gallery. The show runs through September 24, 2014. 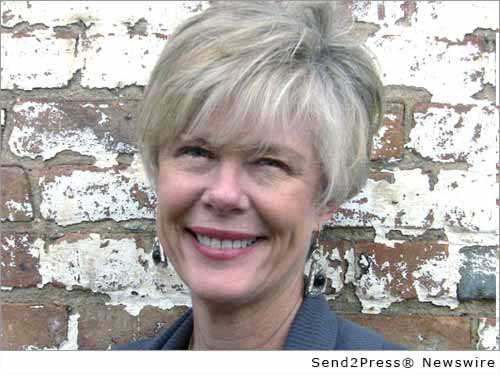 NEWS ARCHIVE NOTE: this archival news content, issued by the news source via Send2Press Newswire, was originally located in the Send2Press® 2004-2015 2.0 news platform and has been permanently converted/moved (and redirected) into our 3.0 platform. Also note the story “reads” counter (bottom of page) does not include any data prior to Oct. 30, 2016. This press release was originally published/issued: Fri, 08 Aug 2014 17:42:21 +0000

ABOUT THE NEWS SOURCE:
Cindy Walton

LEGAL NOTICE AND TERMS OF USE: The content of the above press release was provided by the “news source” Cindy Walton or authorized agency, who is solely responsible for its accuracy. Send2Press® is the originating wire service for this story and content is Copr. © Cindy Walton with newswire version Copr. © 2014 Send2Press (a service of Neotrope). All trademarks acknowledged. Information is believed accurate, as provided by news source or authorized agency, however is not guaranteed, and you assume all risk for use of any information found herein/hereupon.