LITTLE ROCK, Ark., Sept. 30, 2015 (SEND2PRESS NEWSWIRE) — Arkansas Mutual Insurance Company, a medical professional liability insurer, has gained an “A” rating from AM Best. AM Best is an issuer of financial strength ratings for insurers, reinsurers, captives and other risk-bearing entities.

Insurance professionals, brokers, regulators and consumers refer to Best’s credit ratings as an opinion of the financial strength and credit-worthiness of risk-bearing entities and investment vehicles.

Arkansas Mutual was founded by physicians in 2008, and was previously unrated by AM Best. In August, Arkansas Mutual joined the Constellation family of companies, a growing partnership of mutual liability insurers and health service companies.

It was this union that helped Arkansas Mutual obtain its “A” rating, allowing it to more effectively serve Arkansas physicians, hospitals and clinics for the long term.

For more about Arkansas Mutual: http://www.ArkansasMutual.com/. 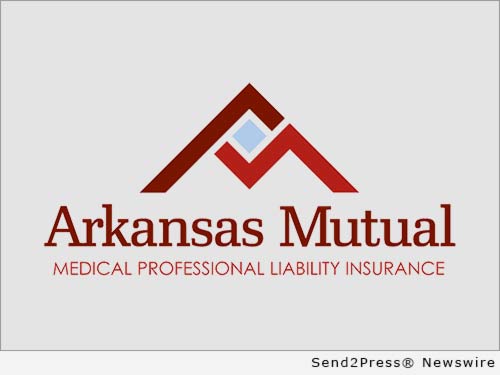 Alternate Headline: Arkansas Mutual earns A rating from AM Best – affiliation with Constellation mutual holding company part of the picture

NEWS ARCHIVE NOTE: this archival news content, issued by the news source via Send2Press Newswire, was originally located in the Send2Press® 2004-2015 2.0 news platform and has been permanently converted/moved (and redirected) into our 3.0 platform. Also note the story “reads” counter (bottom of page) does not include any data prior to Oct. 30, 2016. This press release was originally published/issued: Wed, 30 Sep 2015 07:00:46 +0000

LEGAL NOTICE AND TERMS OF USE: The content of the above press release was provided by the “news source” Arkansas Mutual Insurance Company or authorized agency, who is solely responsible for its accuracy. Send2Press® is the originating wire service for this story and content is Copr. © Arkansas Mutual Insurance Company with newswire version Copr. © 2015 Send2Press (a service of Neotrope). All trademarks acknowledged. Information is believed accurate, as provided by news source or authorized agency, however is not guaranteed, and you assume all risk for use of any information found herein/hereupon.