ATLANTA, Ga., Oct. 15, 2014 (SEND2PRESS NEWSWIRE) — Valiant Horizon is excited to announce the release of “On The Move” – which is the first full-length album on Valiant Horizon by German electronica producer Marian. As evidenced by a number EDM recordings already produced, Marian is set to take off in today’s quickly expanding electronica and dance music market. Inspired by multiple musical genres, he fits nicely in a number of spaces with his music including progressive house and minimal techno.

Marian’s first Valiant Horizon release “Flood” was released on June 17, 2014 and then quickly followed by the excellent double-single “Torch/Dozer” on August 12. The release of “On The Move” is proceeded by the EDM gem “Invasion” – which showcase Marian’s knack for building exciting electronic showstoppers and soundtrack-like themes fit for major motion pictures. “Invasion” was released on October 7.

With “On The Move,” listeners are taken on a true sonic journey. The “Cycle” album cut is like a vision of a bike tour via its sounds that represent kicks of a pedal during a bike-riding journey. The intoxicating “Walking Trees” is a trippy fantasy with inspiration from a stroll in the woods. It has a dark side accompanied by striking and pulsating sounds. Invoking very much a New York City vibe, “Blow” has a throwback old school house sound to it but definitely makes a nod to house music’s current progressive state.

Marian describes his Valiant Horizon LP debut as “an acoustical movie to my life — different feelings I have had mixed with visions of things — to move on and never give up.” Indeed, Marian has a unique vision that is sure to intrigue and inspire electronica enthusiasts as well as music lovers of other types too.

Be sure to check out the “On The Move” LP from Marian. Out now on Valiant Horizon: https://itunes.apple.com/us/album/on-the-move/id923017081.

About Marian of Germany:

Marian is a talented electronic musician out of Chemnitz, Germany. As an avid fan of the EDM scene, moving from listener to creator was a natural progression for the young German artist. After a spike of inspiration, he produced his first single “Gedop” along with the “Phantom” album quickly followed by his “Lost” LP. Marian is certainly a very prolific EDM maestro. Learn more about Marian: https://soundcloud.com/marian01. 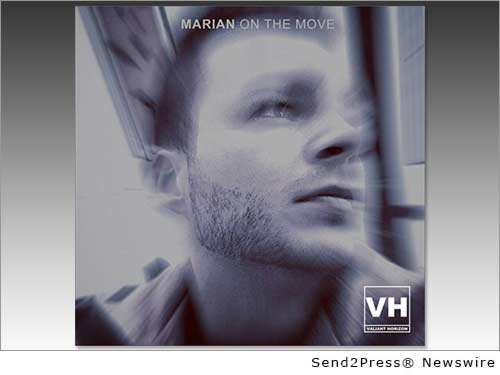 NEWS ARCHIVE NOTE: this archival news content, issued by the news source via Send2Press Newswire, was originally located in the Send2Press® 2004-2015 2.0 news platform and has been permanently converted/moved (and redirected) into our 3.0 platform. Also note the story “reads” counter (bottom of page) does not include any data prior to Oct. 30, 2016. This press release was originally published/issued: Wed, 15 Oct 2014 17:45:35 +0000