ATLANTA, Ga., Nov. 26, 2013 (SEND2PRESS NEWSWIRE) — Valiant Horizon today announced that Rodger Forrest is the latest musician to join its artist roster. With a number of EDM recordings and European DJ performances already under his belt, Rodger is positioned to take the dance music world by storm. Influenced by many genres, he comfortably produces music in a number of spaces including electro, trance, deep house and progressive. In addition, Rodger’s DJ work includes performances in Holland and on the Baeleric island of Mallorca right near Ibiza.

Rodger recently moved to Willemstad, Curacao after years of living in Breda, Netherlands – which happens to be the home also of two current DJ Magazine top 10 DJs Tiesto and Hardwell. So he certainly comes from a place that has an established history of cultivating top-notch DJ and EDM talent. With his current life in Curacao, Rodger is embracing his Euro music roots while intertwining them with his present country home where he currently has a DJ residence at Mambo Beach Club.

Working in so many areas of the dance music realm, Rodger has an interesting music production style where he may start off by playing a melody on his keyboard or piano and build from there to determine the style of music it may become – as opposed to at the start – which can make for surprising and striking results.

From calm and suave synth lines to ear-pleasing trance and deep/electro sounds, Rodger produces a unique mix that is ripe for the dance floor as well easy electronic listening outside of the club world. Focused mainly in the deep tech/trance space, Rodger’s first Valiant Horizon single “Blue Bay” is an intoxicating EDM gem set for worldwide release on November 26, 2013 via major online retailers including iTunes and Amazon.

About Rodger Forrest:
Rodger Forrest is a 22-year old rising Dutch DJ/producer on the international electronic dance music scene. After years of practicing with multiple digital audio workstations, Rodger decided in 2012 to study at an established music production studio and is now a professional studio engineer and beat producer. With his own unique sound consisting of elements such as electro, trance, deep house and progressive, he is certainly making a powerful statement with his music through his stunning capability of combining different melodies into one peaceful harmonic concept.

In addition, he has a number of DJ performance credits including ones on the Baeleric island of Mallorca near Ibiza and also in Holland. Rodger currently resides in Willemstad, Curacao after years of living in Breda, Netherlands. Because Rodger is still young and fresh with his music, we expect to hear a lot more from him and his EDM tracks in the years to come.

About Valiant Horizon:
Valiant Horizon is an emerging U.S.-based brand out of Atlanta, Georgia. As both a music label and production unit – as well as communications organization – the company has a mission to deliver quality top-notch releases in the house, techno and trance genres for the worldwide dance music community. Covering everything from high energy sounds to progressive terrain, Valiant Horizon seeks to explore and promote the varying fascinating facets of today’s ever-changing electronic dance music scene in its own unique way. 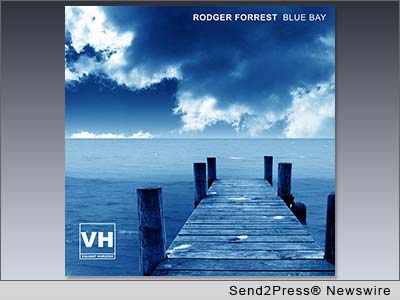 NEWS ARCHIVE NOTE: this archival news content, issued by the news source via Send2Press Newswire, was originally located in the Send2Press® 2004-2015 2.0 news platform and has been permanently converted/moved (and redirected) into our 3.0 platform. Also note the story “reads” counter (bottom of page) does not include any data prior to Oct. 30, 2016. This press release was originally published/issued: Tue, 26 Nov 2013 14:37:51 +0000

LEGAL NOTICE AND TERMS OF USE: The content of the above press release was provided by the “news source” Valiant Horizon or authorized agency, who is solely responsible for its accuracy. Send2Press® is the originating wire service for this story and content is Copr. © Valiant Horizon with newswire version Copr. © 2013 Send2Press (a service of Neotrope). All trademarks acknowledged. Information is believed accurate, as provided by news source or authorized agency, however is not guaranteed, and you assume all risk for use of any information found herein/hereupon.