ATLANTA, Ga., June 18, 2014 (SEND2PRESS NEWSWIRE) — Valiant Horizon is excited to announce Marian as the latest musician to join its artist roster. With a number EDM recordings already produced, Marian is set to take off in today’s quickly expanding electronica and dance music world. Inspired by multiple musical genres, his music fits nicely in a number of spaces including progressive house and minimal techno.

Marian is a talented electronic musician out of Chemnitz, Germany. As an avid fan of the EDM scene, moving from listener to creator was a natural progression for the young German artist. After a spike of inspiration, he produced his first single “Gedop” along with the “Phantom” album quickly followed by his “Lost” LP. Marian is certainly a very prolific EDM maestro. Valiant Horizon is excited about having him officially join its artist roster. Learn more about Marian: https://soundcloud.com/marian01.

Valiant Horizon is an emerging U.S. ­based brand out of Atlanta, Georgia. As both a music label and production unit as well as communications organization, the company has a mission to deliver quality top­notch releases in the house, techno and trance genres for the worldwide dance music community. Navigating through everything from daring progressive territory to upfront high energy, the Valiant Horizon music label seeks to probe and champion the compelling panorama of today’s dynamic electronic dance music scene with an exciting 2014­15 musician roster.

“Now” is a striking club banger that is designed to please big room dance floors and EDM fans alike with its impressive electro­house sound from German EDM duo M.I.T. and get­ the ­party­ started/fix ­your ­life­up lyrics delivered by U.S.-based EDM DJ/producer Terry Sartor.

M.I.T. (Men in Tuxedos) is a dance music project out of Jena, Germany consisting of EDM producer/DJ Big along with dubstep and drum ­n ­bass producer/DJ Small. These two EDM artists started making music together just this year in 2014 as M.I.T. with their lofty and inspiring goal to spread great pumpin’ dance tracks all over the world! Their big release for Summer 2014 is called “Now” featuring Valiant Horizon artist Terry Sartor on vocals. “Now” is a big club banger that is designed to please big room dance floors and EDM fans alike with its impressive electro ­house sound and get ­the ­party­ started lyrics. Be on the lookout for the release of “Now” on Valiant Horizon in June 2014.

Terry Sartor has been on the EDM scene for many years now. With residencies across a number of major U.S. markets, his DJ work has included prominent dance music venues in Miami Beach, Fort Lauderdale, Savannah and Atlanta. Breaking out into the artist world with his homage to show business and very own EDM anthem “Industry,” Terry’s club banger made waves across the world in 2013 continuing into 2014 with major support since its release from a slew of DJ/producers around the globe including DJ Last Sunlight (Argentina), Paul Vinitsky (Russia), DJ Joe Gauthreaux (USA), Odonbat (Mongolia), Sean Mathews (UK), Fredi Inglish (UK), Lorchee (Poland), Milosz­B (Poland), Asla (Morocco), Miracala (Hungary), Zolaren FT (Mexico), Fernansel (Chile) and Alex Slane (UK) just to name a few.

There are a number of 2014 projects in the works for Terry in conjunction with his label Valiant Horizon including American Strategy and Hot Mess Posse. In addition, Terry has a single with German EDM act M.I.T. called “Now” set to be released in Summer 2014 on Valiant Horizon. So be on the lookout for more from Valiant Horizon artist Terry Sartor in 2014 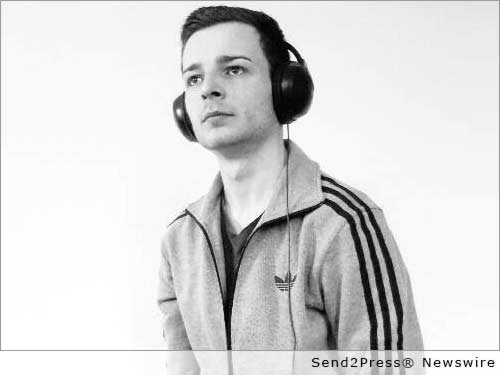 NEWS ARCHIVE NOTE: this archival news content, issued by the news source via Send2Press Newswire, was originally located in the Send2Press® 2004-2015 2.0 news platform and has been permanently converted/moved (and redirected) into our 3.0 platform. Also note the story “reads” counter (bottom of page) does not include any data prior to Oct. 30, 2016. This press release was originally published/issued: Wed, 18 Jun 2014 15:02:37 +0000