Author A.A. Jones Takes the ‘Plunge’ in Underwater Pole Dance to Announce the Re-Release of ‘Tilt’

"Photographing Jones for the underwater pole series added another dimension to my work," cites photographer Brett Stanley. "I found her amazingly creative and great to work with. Jones' storyline for the shoot was compelling and unique, and the resulting images are some of my favorites."

BURBANK, Calif., Dec. 7, 2015 (SEND2PRESS NEWSWIRE) — Author A.A. Jones is re-releasing her memoirs, “Tilt Diary of a Virgin Stripper” (ISBN: 978-1257802869) just in time for holiday reading. Instead of doing it with a bang however, the self-confessed housewife by day and exotic dancer by night has taken a plunge instead. “Plunge” is the title of a provocative yet inspirational pole dance shot underwater by world-renowned photographer Brett Stanley. Just like with her book “Tilt,” the video encourages viewers to strip away their inhibitions and live fearlessly. It is Jones’ ongoing message of empowerment for women and men alike.

A corporate fitness instructor and dog behaviorist, A.A. Jones enthralled readers in 2013 with her literary reveal detailing her moonlighting nightlife escapades. More than just a day-to-day account of a housewife thrown into the underground world of exotic dance, sex and drama, “Tilt Diary” emerged as an intimate, soul-bearing account of a woman making her way in a man’s world and owning her power. “Tilt” fueled the imaginations of readers around the world and was acknowledged as a Readers’ Favorite Silver Medal Winner. 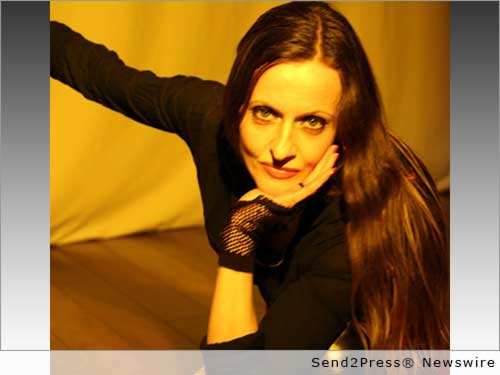 Jones is continuing her liberation movement with “Plunge.” The one minute and 30 second production dives deep. Jones dances underwater around a pole in a sea of soothing aqua blue. The dance progresses via a series of photo stills exquisitely shot by Stanley, while Jones is heard narrating an impassioned soliloquy about overcoming fear and embracing courage.

An award winning commercial and underwater photographer, Brett Stanley has traveled the globe shooting breathtaking imagery. Jones is a part of his Underwater Pole Dancing series, an exhibition that has garnered him international attention and acclaim.

“Photographing Jones for the underwater pole series added another dimension to my work,” cites Brett. “I found her amazingly creative and great to work with. Jones’ storyline for the shoot was compelling and unique, and the resulting images are some of my favorites.”

“The underwater shoot was a tremendous challenge for me,” reveals Jones. “The experience took me back to the first time I walked into a club to audition to dance. The alarm in both instances was almost crippling. I had to force myself to take the plunge in both situations. Just like the nightclub experience changed my life, the underwater shoot did too. I am finding more and more that fear should never hold you back from following your heart. ‘Plunge’ is the astonishing result of me embracing courage instead.” 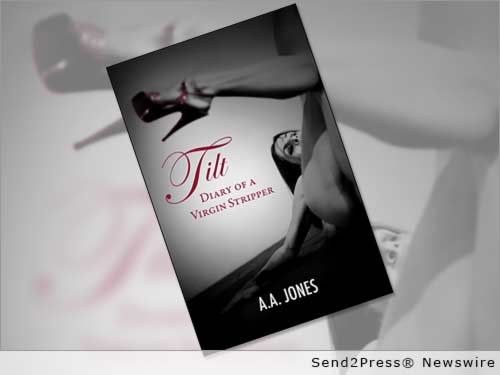 “I am re-releasing my book ‘Tilt’ because I want to remind everyone to never stop dreaming about what you could, should, or want to do it. Face your fear and take the plunge. It is the only way to discover how powerful you really are!” offers Jones.

Go deeper with Jones at https://vimeo.com/147427618 to view the video, follow her blog at https://tiltdiary.wordpress.com/ and purchase “Tilt Diary of a Virgin Stripper” on Amazon.com and wherever books are sold. 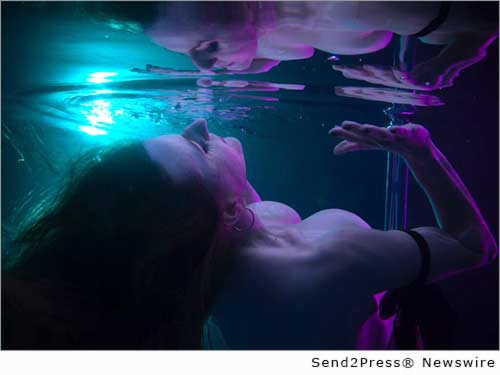 Alternate Headline: Author AA Jones is re-releasing her memoirs, ‘Tilt Diary of a Virgin Stripper’ for the Holidays

NEWS ARCHIVE NOTE: this archival news content, issued by the news source via Send2Press Newswire, was originally located in the Send2Press® 2004-2015 2.0 news platform and has been permanently converted/moved (and redirected) into our 3.0 platform. Also note the story “reads” counter (bottom of page) does not include any data prior to Oct. 30, 2016. This press release was originally published/issued: Mon, 07 Dec 2015 14:42:40 +0000

Diary of a Virgin Stripper

View More Books and Publishing News
"Photographing Jones for the underwater pole series added another dimension to my work," cites photographer Brett Stanley. "I found her amazingly creative and great to work with. Jones' storyline for the shoot was compelling and unique, and the resulting images are some of my favorites."

ABOUT THE NEWS SOURCE:
A.A. Jones

LEGAL NOTICE AND TERMS OF USE: The content of the above press release was provided by the “news source” A.A. Jones or authorized agency, who is solely responsible for its accuracy. Send2Press® is the originating wire service for this story and content is Copr. © A.A. Jones with newswire version Copr. © 2015 Send2Press (a service of Neotrope). All trademarks acknowledged. Information is believed accurate, as provided by news source or authorized agency, however is not guaranteed, and you assume all risk for use of any information found herein/hereupon.