TIPP CITY, Ohio, Sept. 22, 2014 (SEND2PRESS NEWSWIRE) — Foxhead Books has recently published a new book by author Daisy Rockwell entitled “Taste” (ISBN: 978-1940876047), in September, 2014. Rockwell is the author of “The Little Book of Terror,” a volume of paintings and essays on the Global War on Terror (Foxhead Books, 2012), and her collection of translations of stories by Hindi author Upendranath Ashk, Hats and Doctors, was published in 2013 by Penguin India. Her latest offering, “Taste,” is her first novel.

The book follows Daniel, a twenty-first century connoisseur with distinctive and often anachronistic tastes – aesthetic, culinary, and even mind-altering. When Daniel sets out to seek answers about his past in long-sealed documents, he makes a startling discovery that leads him on a cross-country quest.

In the course of his travels, he becomes preoccupied with Antoinette, an enigmatic archivist who may hold the key to his search. When he discovers she may be involved with his closest friend, Roger, he comes to distrust them both. His quest becomes a dangerous obsession that drives him to the brink of madness.

Rockwell’s prose evokes the dark humor of Edgar Allan Poe and the uneasy aristocrats of Edith Wharton in this new novel of aesthetic obsession.

The New York Times humor columnist Henry Alford praised Rockwell’s novel, saying, “With huge amounts of imagination and flair, Daisy Rockwell has written a wonderfully funny but ultimately chilling parable about the wages of connoisseurship. I thrilled to it.”

Rockwell received her PhD in South Asian Literature from The University of Chicago, and later directed the Center for South Asia Studies at the University of California, Berkeley. She eventually left the academic world to pursue painting (and later, writing) after coming to the realization that academia was not “a field in which creativity is prized or rewarded.”

Having grown up in a family of artists in western Massachusetts, Rockwell has gained notoriety for her art, painting under the alias, Lapata (pronounced “laapataa”), which is Urdu for “missing,” or “absconded.” She is the granddaughter of famed painter and illustrator, Norman Rockwell, and posts her paintings regularly to Flickr. She also writes for the blog Chapati Mystery. Visit her website http://www.daisyrockwell.com/ for more information. 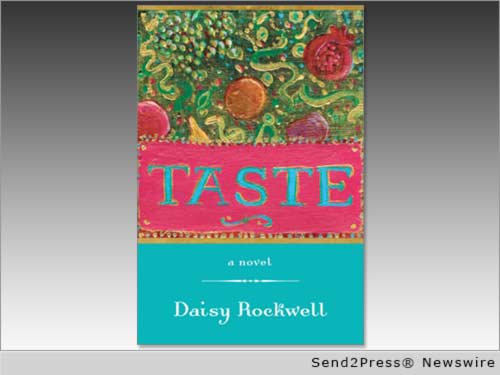 NEWS ARCHIVE NOTE: this archival news content, issued by the news source via Send2Press Newswire, was originally located in the Send2Press® 2004-2015 2.0 news platform and has been permanently converted/moved (and redirected) into our 3.0 platform. Also note the story “reads” counter (bottom of page) does not include any data prior to Oct. 30, 2016. This press release was originally published/issued: Mon, 22 Sep 2014 17:21:04 +0000