"As the executive producer of this project, I was involved in countless studio sessions," Daniel Lebo, Bakdraff founder and Pittsburgh rapper says. "This album is a recorded diary of the struggles we've been through growing up in the Steel City."

PITTSBURGH, Pa., April 27, 2016 (SEND2PRESS NEWSWIRE) — “The Vault” is the latest release from Bakdraff Entertainment. Seventeen tracks long, it features music that was created by six music producers and 16 artists over the course of several years.

“As the executive producer of this project, I was involved in countless studio sessions,” Daniel “Rambo” Lebo, Bakdraff founder and Pittsburgh rapper says. “This album is a recorded diary of the struggles we’ve been through growing up in the Steel City. It’s a provocative collection of music that digs into the city’s history. Every street has a vibe and every building has a story.”

A musical tribute of sorts, “The Vault” is dedicated to everyone who the artists grew up with, and to the people they lost in the process.

“This music is for all the people I’ve worked with over the years. It’s dedicated to the blood, sweat and tears we shed and to the hustle we shared together,” he says.

“The Vault” will be available for download on April 29, 2016. Among the tracks are Da Rukus and Bakdraff.

In addition to “The Vault,” Bakdraff has two other albums available for download on iTunes – “The Steel City Hustle” and “Concrete Camouflage” by Rambo.

About Bakdraff:
Founded in 2010 by Daniel “Rambo” Lebo, Bakdraff is a hip hop music collective. While the label originated in Pittsburgh, the collective has grown to include artists and producers from several states throughout the U.S., Jamaica and Puerto Rico. It has worldwide distribution with an independent music distributor. 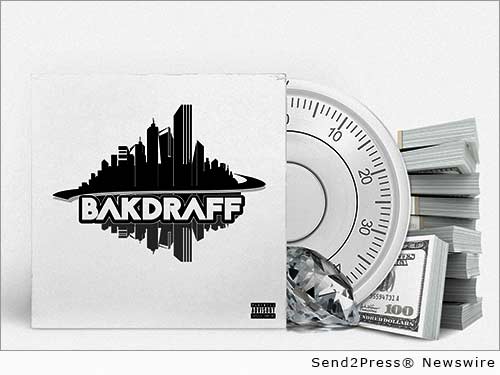 NEWS ARCHIVE NOTE: this archival news content, issued by the news source via Send2Press Newswire, was originally located in the Send2Press® 2004-2015 2.0 news platform and has been permanently converted/moved (and redirected) into our 3.0 platform. Also note the story “reads” counter (bottom of page) does not include any data prior to Oct. 30, 2016. This press release was originally published/issued: Wed, 27 Apr 2016 07:00:31 +0000

View More African American Interest News
"As the executive producer of this project, I was involved in countless studio sessions," Daniel Lebo, Bakdraff founder and Pittsburgh rapper says. "This album is a recorded diary of the struggles we've been through growing up in the Steel City."

ABOUT THE NEWS SOURCE:
Bakdraff Entertainment

LEGAL NOTICE AND TERMS OF USE: The content of the above press release was provided by the “news source” Bakdraff Entertainment or authorized agency, who is solely responsible for its accuracy. Send2Press® is the originating wire service for this story and content is Copr. © Bakdraff Entertainment with newswire version Copr. © 2016 Send2Press (a service of Neotrope). All trademarks acknowledged. Information is believed accurate, as provided by news source or authorized agency, however is not guaranteed, and you assume all risk for use of any information found herein/hereupon.