Bushwick’s own songwriter and storyteller, Dru Cutler debuts ‘Familiar’ music video to packed house at The Living Room in Brooklyn

BROOKLYN, N.Y., Sept. 1, 2015 (SEND2PRESS NEWSWIRE) — Brooklyn audiences love Dru Cutler’s local performances and were out in force at The Living Room to celebrate the release of the “Familiar” video. The video captures the polarizing effects of our memories. It reminds us that nostalgia is both a warm embrace and a cold slap to the face. Cutler’s performance is relatable and authentic and taps into a longing that we all experience.

Cutler is a storyteller and always makes his fans a part of the show, which keeps them coming back for more. He wrote “Text Message Improv” on the spot, based on an audience member’s actual text thread.

He also had everyone help light the room with an illuminated guitar cable for his final number, “Let’s Make the Most of Now.” 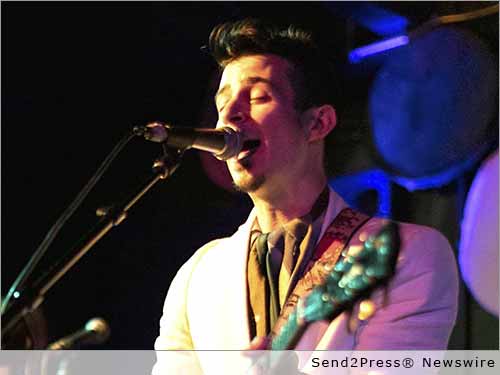 ABOUT:
Dru Cutler lives in Bushwick and writes songs that highlight the best of the past and present. He’s fascinated by the power of nostalgia and lives by his own mantra: “We can’t escape it, so let’s embrace it.”

NEWS ARCHIVE NOTE: this archival news content, issued by the news source via Send2Press Newswire, was originally located in the Send2Press® 2004-2015 2.0 news platform and has been permanently converted/moved (and redirected) into our 3.0 platform. Also note the story “reads” counter (bottom of page) does not include any data prior to Oct. 30, 2016. This press release was originally published/issued: Tue, 01 Sep 2015 10:00:57 +0000

ABOUT THE NEWS SOURCE:
Dru Cutler

LEGAL NOTICE AND TERMS OF USE: The content of the above press release was provided by the “news source” Dru Cutler or authorized agency, who is solely responsible for its accuracy. Send2Press® is the originating wire service for this story and content is Copr. © Dru Cutler with newswire version Copr. © 2015 Send2Press (a service of Neotrope). All trademarks acknowledged. Information is believed accurate, as provided by news source or authorized agency, however is not guaranteed, and you assume all risk for use of any information found herein/hereupon.