Accreditation is given only to laboratories that apply rigid standards of quality in day-to-day operations, demonstrate continued accuracy in the performance of proficiency testing, and pass a rigorous on-site laboratory survey. Captiva Lab has earned COLA accreditations as a result of a long-term commitment to provide quality service to its patients.

COLA is a nonprofit, physician-directed organization promoting quality and excellence in medicine and patient care through programs of voluntary education, achievement, and accreditation. COLA is approved by the federal government and sponsored by the American Academy of Family Physicians, the American Medical Association, and the American College of Physicians – American Society of Internal Medicine.

Captiva Lab provides laboratory services nationwide, specifically focused on toxicology screening and confirmatory testing. Plans for expansion of services are aggressive, given their focus on improving the safety and well-being of patients through improved or specialized testing protocols for the under-served niches in healthcare.

The laboratory is configured with state-of-the art testing equipment managed by the highest quality scientists and technicians recruited specifically for their advanced skills in modern testing protocols. Captiva Lab is currently configured to process significant daily sample volume, with plans to provide additional capacity as they expand into new fields of medical testing.

Initially, Captiva Lab will be focused on providing support to the substance abuse community in several states with future plans to include forensic testing, genetic testing, personalized pain management programs and other areas of innovation in medical care. For more information, please contact PR@captivalab.com. 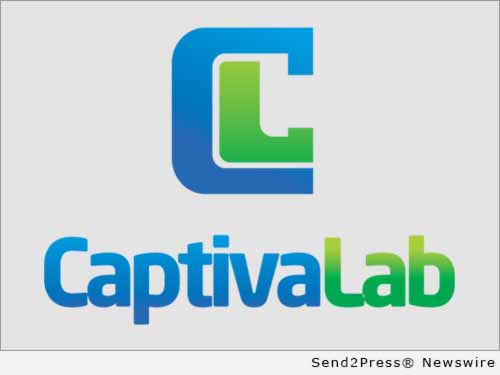 NEWS ARCHIVE NOTE: this archival news content, issued by the news source via Send2Press Newswire, was originally located in the Send2Press® 2004-2015 2.0 news platform and has been permanently converted/moved (and redirected) into our 3.0 platform. Also note the story “reads” counter (bottom of page) does not include any data prior to Oct. 30, 2016. This press release was originally published/issued: Thu, 27 Aug 2015 14:55:01 +0000

LEGAL NOTICE AND TERMS OF USE: The content of the above press release was provided by the “news source” Captiva Lab LLC or authorized agency, who is solely responsible for its accuracy. Send2Press® is the originating wire service for this story and content is Copr. © Captiva Lab LLC with newswire version Copr. © 2015 Send2Press (a service of Neotrope). All trademarks acknowledged. Information is believed accurate, as provided by news source or authorized agency, however is not guaranteed, and you assume all risk for use of any information found herein/hereupon.