CHICAGO, Ill., July 14, 2015 (SEND2PRESS NEWSWIRE) — Imagine dancers hanging high above your head. Or an interactive drum experience for the whole family. Or seeing Hawaiian dancers in your own Chicago neighborhood. All this and more will be at Jeff Fest July 24-26, 2015.

Presented by the Jefferson Park Chamber of Commerce in partnership with the Jefferson Memorial Park Advisory Council and the Chicago Park District, along with media partner 104.3 K-HITS Chicago. The Festival’s proceeds support local student scholarships and help build relationships with local businesses and the community.

The Arts abound!
* Love ballet? Dancers from the Chicago Ballet Center will perform on Saturday and Sunday.
* Giggle out loud with the physical comedy of Vaudeville at Six Corners who will perform on Saturday.
* Hawaii in Chicago? The Hokulea Hawaiian Dancers will bring some island rainbows to the stage on Sunday.
* Join in with the returning John Yost Drum Circle. Bring a drum or build one on Saturday and Sunday.
* Flying or floating? It’s Aerial Dance Chicago dancing in mid-air on Saturday.
* Art in the making? Award-winning art teacher and Nadig Newspaper cartoonist Ken Klopack will be drawing caricatures on Saturday. And the C3 Photo Fest returns with their curated photo contest – you get to vote!

Our Arts Stage showcases:
* The hottest emerging bands straight from Martyr’s: Purple Door, Aunteaks and The Kelson Twins on Friday night
* Local favorites during the days Saturday and Sunday including Bob Martwick’s “Little Egypt” and Celtic & Cajun with a wicked sense of humor from Beth Patterson on Saturday
* The lively salsa of NuBambu on Sunday

Our artists are peppered throughout the vendors’ area and pop-up in the park, Four Star Brass Band will lead you for a New Orleans romp through the park, and Sweet Fannie Adams will serenade you while you screen print your own poster.

All this, plus a Kids Zone, with bounce houses, art activities, and family theater.

You won’t want to miss out on the food and music either:
* Enjoy taste treats from Gale Street Inn, Leadbelly Burgers, Smilin Dawgs, Caponies, Chicago Cupcake and Creative Cooking.
* Wash that down with drinks from Lake Shore Beverage (Bud Light and Goose Island), Lagunitas, and Brugal Rum.

The popular three-day Jeff Fest Arts & Music Festival runs Friday, July 24 through Sunday, July 26, 2015 and takes place on the grounds of Jefferson Memorial Park and includes a family-picnic area to enjoy the neighborhood food favorites. There are also two stages, a designated Kid’s Zone, art to purchase, and a juried photo art competition. Festival tickets can be bought at http://www.jeffersonpark.net/.

Friday kicks off with some “heavy metal” sound from Eliminator and Blackened, and Sunday features JC Brooks and the Uptown Sound (JCBUS). JCBUS call Chicago its home, and has toured North America and Europe, including playing at Lollapalooza.

Jefferson Memorial Park is located at 4822 N. Long Avenue, just west of Milwaukee Avenue. Fest-goers are encouraged to take public transportation, as the Jefferson Park Metra and CTA Blue Line transportation hub is just a block from the festival grounds. Plenty of bike racks also will be available. Road closures: Linder Avenue and Long Avenue will be blocked off between Higgins and Lawrence Avenue for the three-day festivities.

For more information, go to http://www.jefffest.org/.

Be sure you are the first to hear of announcements and plans for Jeff Fest and follow @JeffFestChicago on Twitter and Jeff Fest Arts and Music Festival on Facebook: https://www.facebook.com/pages/Jeff-Fest-Arts-Music-Festival/96599731822. 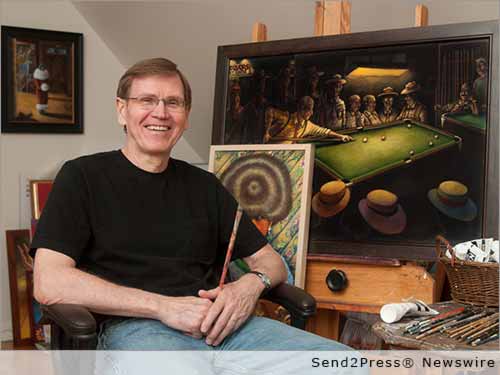 NEWS ARCHIVE NOTE: this archival news content, issued by the news source via Send2Press Newswire, was originally located in the Send2Press® 2004-2015 2.0 news platform and has been permanently converted/moved (and redirected) into our 3.0 platform. Also note the story “reads” counter (bottom of page) does not include any data prior to Oct. 30, 2016. This press release was originally published/issued: Tue, 14 Jul 2015 15:19:46 +0000