ATLANTA, Ga., April 7, 2015 (SEND2PRESS NEWSWIRE) — Powerhouse performer Chandra Currelley breaks out in the fifth season on Tyler Perry’s “For Better or Worse” in an expanded role capacity with more laughs, more lines and more wisecracking hilarity as the beloved “Ms. V.” Ms. V is the down-to-earth housekeeper for the show’s central characters Marcus and Angela, played by Michael Jai White and Tasha Smith. Currelley appears on the season premiere show, in the episode “Healing Hands,” airing on OWN, Friday, April 10 at 9 p.m. ET and rambunctiously returns throughout the season.

Currelley has become a fixture in the Tyler Perry imprint. A veteran entertainer, she has roots in several of Perry’s productions, both plays and films, including “Madea’s Big Happy Family,” “Diary of Mad Black Woman,” and “Tyler Perry’s A Madea’s Christmas.”

Many of her recent television fans are surprised however when they realize Currelley boasts a musical legacy that positions her squarely in the realm of old school R&B, jazz, gospel and even funk. As a singer and songwriter, Chandra Currelley has enjoyed a fascinating career. She was the former lead singer for funk legends the SOS Band and also a former lead singer for master vibraphonist Roy Ayers. She actually propelled the SOS Band’s string of top twenty Billboard hits with the CD’s “Diamonds In The Raw,” and “One Of Many Nights,” where she wrote several songs, including the single “Broken Promises.”

Currelley is also an independent recording artist with three CD’s under her belt including “The Real Me” and “Love Songs,” which contains the hit song “Love Again” from the film, “Diary of a Mad Black Woman.” Her latest CD is “Relationships.”

Tyler Perry originally hired Currelley to play Ms. V in 2011 during the first season of “For Better Or Worse” when the show aired on TBS. The series is a spinoff of the characters in the movie, “Tyler Perry’s Why Did I Get Married,” which was released in 2007. The television show is the longest running scripted series on Oprah Winfrey’s OWN network. Ms V’s expanded role in season five gives Currelley additional episodes and more interaction with the original cast. Twenty more episodes are currently in production for the fall season and are being filmed now at Tyler Perry Studios.

“I’ve done a lot of things, but a sitcom was not one of them,” reveals Currelley. “Starting in season one, Tyler Perry graciously groomed me into the role of Ms. V. and now I believe she is one of the funniest characters on television! I am just having so much fun with her and viewers are going to love her even more in this fifth season. Tyler Perry has this incredible gift of being able to take you out of your comfort zone to a place where you feel free and uninhibited. This is what he has done for me when it comes to bringing Ms. V to life. He’s a genius. I’m just so blessed to know and work with him.”

Currelley’s loyal fan base loved her as the singer in the nightclub “Chandra’s” in the “Diary of a Mad Black Woman,” and as “Shirley” in “Madea’s Big Happy Family.” Most recently, she performed in Kandi Burruss’ (“The Real Housewives of Atlanta”) “A Mother’s Love.” Currelley is the 2014 recipient of the Lady Soul of Jazz award and has starred in the world premiere of “Jesus Christ Superstar Gospel.” The Gospel Choice Award nominee has performed at The White House, toured Europe and Asia and has appeared in numerous theatrical plays directed by Tony Award winner Kenny Leon and Debbie Allen.

Chandra continues to dance to her own beat with two nominations at the upcoming 2nd Annual Black Women In Jazz & The Arts Awards on April 12, 2015 in Atlanta. She is also currently in rehearsal for the stage play “The Strength Of Love,” opening April 18 in the metro Atlanta area.

Actress, singer, songwriter and yes, former funkster, Chandra Currelley always does it her way. Tune in to OWN’s “For Better or Worse” and get with Currelley at http://chandracurrelley.com/.

“For Better or Worse” promo: https://youtu.be/p4wRa6hTUYQ . 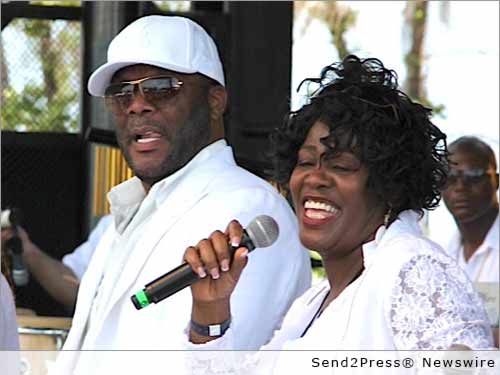 NEWS ARCHIVE NOTE: this archival news content, issued by the news source via Send2Press Newswire, was originally located in the Send2Press® 2004-2015 2.0 news platform and has been permanently converted/moved (and redirected) into our 3.0 platform. Also note the story “reads” counter (bottom of page) does not include any data prior to Oct. 30, 2016. This press release was originally published/issued: Tue, 07 Apr 2015 18:44:37 +0000

ABOUT THE NEWS SOURCE:
Chandra Currelley

LEGAL NOTICE AND TERMS OF USE: The content of the above press release was provided by the “news source” Chandra Currelley or authorized agency, who is solely responsible for its accuracy. Send2Press® is the originating wire service for this story and content is Copr. © Chandra Currelley with newswire version Copr. © 2015 Send2Press (a service of Neotrope). All trademarks acknowledged. Information is believed accurate, as provided by news source or authorized agency, however is not guaranteed, and you assume all risk for use of any information found herein/hereupon.