"I am so proud and honored to have this opportunity to repay some of the blessings that I receive every day and especially the support that was given to my family when Mirabella was born almost 3 months early," said Max Petruzzi, CEO of Mirabella's Miracle. "It is just an amazing feeling to be able to help others."

CHARLOTTE, N.C. and RED BANK, N.J., Dec. 9, 2014 (SEND2PRESS NEWSWIRE) — Mirabella’s Miracle announces the launch of the charity by Max Petruzzi, 15 years old of Charlotte, N.C. Even at his young age, Max Petruzzi has led a very impactful and productive life. He is ranked in the top ten students of his class of over 300 students, a devoted rower and lacrosse player and just a fortunate kid who has a bunch of great friends at a great school, living in a great town. He also has been a part of a still new phenomenon, YouTube stardom. At 11 years old, he decided that he wanted to sing and it turned out that he sang well. He was encouraged to record a video and post it on YouTube.

Immediately after posting his first video, a cover of Bruno Mars’ hit song, “Just the Way You Are,” he became a bit of an internet sensation. He was interviewed on live TV by Morgan Fogarty and Matt Harris of Fox News Charlotte and later Maureen O’Boyle of CBS. Then the offers started flowing in, including representation by two of the largest talent agencies in N.Y. and L.A., direct reach outs by prominent music producers and initial interest by the producers of X Factor, Disney, Nickelodeon, and even a couple of boy bands that were forming.

Although Max has always loved to sing, even at 11 or 12 he just did not see himself as a member of a boy band and was not into the idea of becoming famous. He wanted to remain a kid, focus on his schoolwork, play a few sports, and have the time to spend with his friends and family.

After Hurricane Sandy ravaged his hometown in the Shore Area of N.J., it all just kind of clicked. He wanted to use his talents to help others. It started with a video that he used to help promote the “Restore the Shore” website. He drove a significant increase of website traffic and donations and loved the feeling that even as a 13 year old, he could impact the world.

Max now had a plan. He invoked his family’s experience with the amazing doctors and nurses that saved his sister Mirabella from a severe sepsis infection when she was in the NICU (Neonatal Intensive Care Unit) after being born prematurely at 29 weeks. Max envisioned a charity wholly focused on supporting the siblings and parents during what could be argued is the most stressful scenario one could ever face: dealing with a child, brother or sister fighting a life threatening illness.

Since he wanted a way to both impact the two cities he loves, Charlotte and NYC and the particular hospitals that Mirabella was treated in – the Bristol-Myers Squibb Children’s Hospital at Robert Wood University Hospital in New Brunswick, N.J. and the K. Hovnanian Children’s Hospital in Red Bank, N.J. – he enlisted the help of one of his oldest friends, Allie LeLand (15) of N.J. Allie is another amazing teen. She is a great student, an accomplished dancer and shares Max’s vision of helping others through the gifts they have been given by God. Allie’s dancing will be featured on many of the songs and videos Max will be launching to help spread the word. He also has put his songs on iTunes and all the proceeds from those sales go to the charity.

Mirabella, Max’s sister and the namesake of the charity, is also an incredible singer and dancer and will release songs and videos as well. Thanks to the Bristol-Myers Squibb hospital team, she is a healthy, amazing, beautiful and super intelligent 10 year old who is a big help with the charity and looks forward to running it herself one day.

“I am so proud and honored to have this opportunity to repay some of the blessings that I receive every day and especially the support that was given to my family when Mirabella was born almost 3 months early,” said Max Petruzzi, CEO of Mirabella’s Miracle. “It is just an amazing feeling to be able to help others.” Max is hoping to launch his programs with the two N.J. hospitals as well as the Levine Children’s Hospital and Hemby Children’s Hospital, both in Charlotte to begin with; however he is building his charity to allow for motivated teens to sign up as ambassadors to replicate the program in children’s hospitals around the country.

Please visit http://www.mirabellasmiracle.com/ for all the details on the charity and the ways they help to reduce the stress and bring some happiness to the parents and siblings of these children.

Max’s latest video, a cover of John Mayer’s “Waiting on the World to Change,” is on the website and also on Max’s YouTube Channel: https://www.youtube.com/user/mtruzzi26.

The mission at Mirabella’s Miracle is to help families that have a baby or child in the hospital by giving them care packages containing things that they need most during their tough time. They know how scary it can be having a little brother or sister in the hospital, and sometimes, a bunch of gifts inside of a care package could really brighten up a day.

The care packages will contain items such as toys, chocolates, stuffed animals, and other fun items. It will also include gift cards to places like toy stores, amusement parks, restaurants, and whatever will be the most helpful to the family. The charity will also reach out to many local business owners to donate these items so that your cash donations will go even farther than purchasing the care package contents directly.

About Mirabellla’s Miracle:
Mirabellla’s Miracle is a registered 501(c)(3) non-profit organization, which means that donations are eligible to be tax-deductible (please confirm with a tax professional regarding your specific circumstance).

Max’s latest video, a cover of John Mayer’s “Waiting on the World to Change”: http://youtu.be/7Tuwu-E8IWQ.

The song is available on iTunes: https://itunes.apple.com/us/album/waiting-on-world-to-change/id945205213. 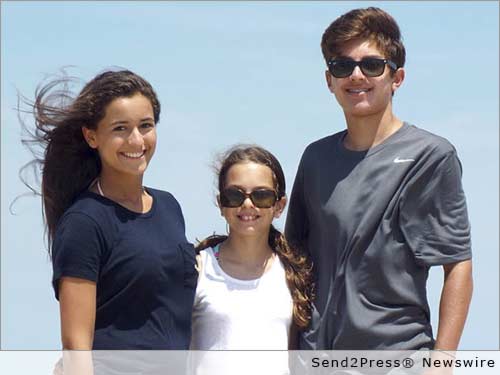 NEWS ARCHIVE NOTE: this archival news content, issued by the news source via Send2Press Newswire, was originally located in the Send2Press® 2004-2015 2.0 news platform and has been permanently converted/moved (and redirected) into our 3.0 platform. Also note the story “reads” counter (bottom of page) does not include any data prior to Oct. 30, 2016. This press release was originally published/issued: Tue, 09 Dec 2014 07:00:07 +0000

View More Charlotte Business News
"I am so proud and honored to have this opportunity to repay some of the blessings that I receive every day and especially the support that was given to my family when Mirabella was born almost 3 months early," said Max Petruzzi, CEO of Mirabella's Miracle. "It is just an amazing feeling to be able to help others."

ABOUT THE NEWS SOURCE:
Mirabella's Miracle

LEGAL NOTICE AND TERMS OF USE: The content of the above press release was provided by the “news source” Mirabella's Miracle or authorized agency, who is solely responsible for its accuracy. Send2Press® is the originating wire service for this story and content is Copr. © Mirabella's Miracle with newswire version Copr. © 2014 Send2Press (a service of Neotrope). All trademarks acknowledged. Information is believed accurate, as provided by news source or authorized agency, however is not guaranteed, and you assume all risk for use of any information found herein/hereupon.