This is quite an honor for Helm to be selected. "I am beyond ecstatic for the opportunity to work with Maestro Curry and the DSO," says Helm. "And, the icing on the cake is the privilege to sing an arrangement written for me by the very talented saxophonist/composer, Brian Horton. Wow! Pinch me, so I know I'm not dreaming!"

CHICAGO, Ill., Feb. 27, 2014 (SEND2PRESS NEWSWIRE) — Stunningly gifted vocalist, educator and founder of the progressive programs Vocal Musicianship Academy and Vocal Jazz Online, Lenora Zenzalai Helm has received the coup honor of an invitation to be a featured singer in the program “Durham Symphony Orchestra and All That Jazz.”

The afternoon community event, which will showcase the works of historical North Carolina musicians and the state’s Composer-of-the-Year Steven Bryant, takes place Sunday, March 2nd at the Carolina Theater in Durham.

This is quite an honor for Helm to be selected. “I am beyond ecstatic for the opportunity to work with Maestro Curry and the DSO,” says Helm. “And, the icing on the cake is the privilege to sing an arrangement written for me by the very talented saxophonist/composer, Brian Horton. Wow! Pinch me, so I know I’m not dreaming!”

Though Helm has been a vocal professor at North Carolina Central University for several years, the lady actually hails from Chicago, Illinois – (Lindblom Technical High School – Class of 1979). She is also currently working on her doctorate from Boston University.

Concert begins at 3 p.m. Sunday March 2, 2014 with a pre-concert chat at 2:30 p.m. with “Composer-of-the-Year” Steve Bryant. A meet and greet with Maestro Curry and other musicians will take place following the concert. 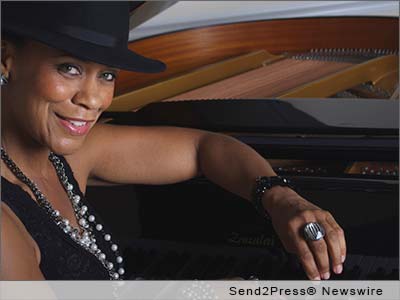 NEWS ARCHIVE NOTE: this archival news content, issued by the news source via Send2Press Newswire, was originally located in the Send2Press® 2004-2015 2.0 news platform and has been permanently converted/moved (and redirected) into our 3.0 platform. Also note the story “reads” counter (bottom of page) does not include any data prior to Oct. 30, 2016. This press release was originally published/issued: Thu, 27 Feb 2014 13:37:19 +0000

View More Chicago Business News
This is quite an honor for Helm to be selected. "I am beyond ecstatic for the opportunity to work with Maestro Curry and the DSO," says Helm. "And, the icing on the cake is the privilege to sing an arrangement written for me by the very talented saxophonist/composer, Brian Horton. Wow! Pinch me, so I know I'm not dreaming!"