"The Blight Elimination Program has greatly benefited the community by providing significant funding to demolish condemned homes that create both a potentially unsafe and unsightly environment in our city," said Terre Haute Mayor Duke Bennett.

The Department of Redevelopment has already completed the acquisition and demolition of approximately 30 residential structures with funds awarded to the city by the Indiana Housing & Community Development Authority (IHCDA)’s Blight Elimination Program. The program, funded by the U.S. Department of Treasury’s Hardest Hit Fund, aims to revitalize neighborhoods in cities across the state.

Successful Round One and Round Two BEP applications prepared by the Terre Haute Department of Redevelopment have provided the city with approximately $2 million of additional funding sources to address the removal of vacant/blighted residential structures.

“The Blight Elimination Program has greatly benefited the community by providing significant funding to demolish condemned homes that create both a potentially unsafe and unsightly environment in our city,” said Terre Haute Mayor Duke Bennett.

According to the Department of Redevelopment, all 26 properties from the city’s Round One BEP award have been demolished, and significant funds remain to apply to additional properties. The Department anticipates that an additional 40 to 50 residential structures will be demolished throughout the life of the BEP program.

On September 4, 2015, former Indiana Lieutenant Governor Sue Ellspermann recognized the City of Terre Haute’s accomplishments under the BEP program as among the best in Indiana. 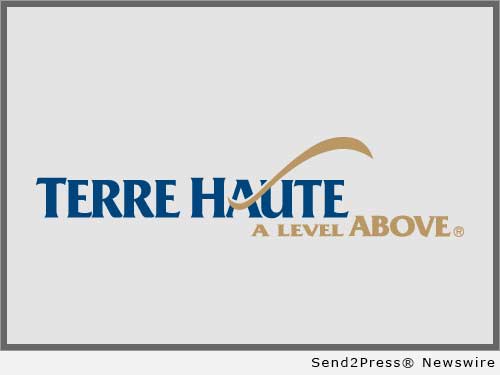 NEWS ARCHIVE NOTE: this archival news content, issued by the news source via Send2Press Newswire, was originally located in the Send2Press® 2004-2015 2.0 news platform and has been permanently converted/moved (and redirected) into our 3.0 platform. Also note the story “reads” counter (bottom of page) does not include any data prior to Oct. 30, 2016. This press release was originally published/issued: Thu, 24 Mar 2016 15:16:16 +0000

ABOUT THE NEWS SOURCE:
Terre Haute Department of Redevelopment

LEGAL NOTICE AND TERMS OF USE: The content of the above press release was provided by the “news source” Terre Haute Department of Redevelopment or authorized agency, who is solely responsible for its accuracy. Send2Press® is the originating wire service for this story and content is Copr. © Terre Haute Department of Redevelopment with newswire version Copr. © 2016 Send2Press (a service of Neotrope). All trademarks acknowledged. Information is believed accurate, as provided by news source or authorized agency, however is not guaranteed, and you assume all risk for use of any information found herein/hereupon.