Civic Resource Group Founder and CEO, Gregory G. Curtin, Ph.D. among the winners of the ‘Vision Award’ at the World Economic Summit

"The genius of the World Economic Forum is that it brings together a wide variety of experts and practitioners from the private sector, academia, government and civil society to work together collaboratively to address key issues, problems and challenges facing global society today," said Gregory G. Curtin.

LOS ANGELES, Calif., Nov. 19, 2014 (SEND2PRESS NEWSWIRE) — Civic Resource Group (CRG) Founder & CEO, Gregory G. Curtin, Ph.D. attended the World Economic Forum Summit on the Global Agenda held in Dubai, United Arab Emirates on November 9 – 12 and as a member of The Future of Government Council was among the winners of the “Vision Award” for the Future of Government Smart Toolbox, a report published in June 2014 that addresses the ways technology can help governments improve services, security, transparency and innovation.

The Vision Award is an inaugural award introduced by the World Economic Forum (WEF) to mark and recognize excellence in two distinctive areas. One is developing breakthrough ideas and the other for examples of high impact collaborative action. According to the Forum, “The Future of Government Smart Toolbox demonstrates how technology can enhance government performance by strengthening efforts to reduce corruption and bureaucracy and enhance political representation, service delivery, trust, leadership, security and innovation. The report highlights successful practices from around the globe in the digital era.”

In addition to founding and directing Civic Resource Group, a leading global provider of digital government solutions, Dr. Curtin has been a member of the Future of Government Council since its inception in 2006 and was a major contributor to the Smart Toolbox. Dr. Curtin founded Civic Resource Group to address the real business needs of Public/Civic sector entities in the Digital Age, and with the recent acquisition of Dublin, Ireland, based i3t Mobile, Civic Resource Group is expanding globally with its innovative CivicConnect™ SmartGov Platform — a first-of-kind fully integrated Mobile/Cloud/Data First Platform. Dr. Curtin has brought this visionary perspective along with deep digital expertise to the Future of Government Council, one of more than 80 Global Agenda Councils that form the World Economic Forum Global Network.

“The genius of the World Economic Forum is that it brings together a wide variety of experts and practitioners from the private sector, academia, government and civil society to work together collaboratively to address key issues, problems and challenges facing global society today,” said Curtin who has also previously worked in government and academia.

Over its next two year term the Future of Government Council plans to leverage the Smart Toolbox to convene governments from across the globe to learn and share innovative digital strategies and solutions, and to gradually build a Future of Government community. This will be done in concert with World Economic Forum regional meetings in order to extend some of the Future of Government practices and ideas deeper in each region of the globe. There are also tentative discussions around developing a competition or a prize for government innovation.

About Civic Resource Group (CRG):
CRG is one of the world’s leading providers of digital government solutions. CRG provides highly secure mobile Cloud based solutions that touch every facet of citizen’s lives. Since 2000, CRG has been “Fulfilling the promise of technology” for clients in the broad public sector, helping them to harness digital advances to effectively connect with their target audiences. By leveraging the award-winning CivicConnect(TM) platform and deep domain expertise, CRG has delivered impactful, engaging and cutting-edge solutions that facilitate openness, transparency, safety and efficient service delivery for external and internal users alike. CRG is a new breed of Company with a new approach, blending the best of technology, design and communications in the digital age. 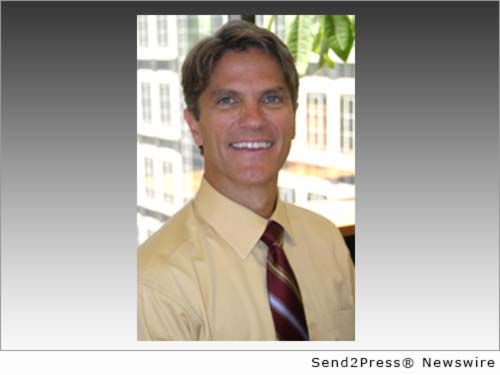 NEWS ARCHIVE NOTE: this archival news content, issued by the news source via Send2Press Newswire, was originally located in the Send2Press® 2004-2015 2.0 news platform and has been permanently converted/moved (and redirected) into our 3.0 platform. Also note the story “reads” counter (bottom of page) does not include any data prior to Oct. 30, 2016. This press release was originally published/issued: Wed, 19 Nov 2014 15:12:18 +0000

View More Awards and Honors News
"The genius of the World Economic Forum is that it brings together a wide variety of experts and practitioners from the private sector, academia, government and civil society to work together collaboratively to address key issues, problems and challenges facing global society today," said Gregory G. Curtin.

LEGAL NOTICE AND TERMS OF USE: The content of the above press release was provided by the “news source” Civic Resource Group or authorized agency, who is solely responsible for its accuracy. Send2Press® is the originating wire service for this story and content is Copr. © Civic Resource Group with newswire version Copr. © 2014 Send2Press (a service of Neotrope). All trademarks acknowledged. Information is believed accurate, as provided by news source or authorized agency, however is not guaranteed, and you assume all risk for use of any information found herein/hereupon.