Country Artist Josh Vincent and Single Debut with a Bang

"I've got a style that you can't really put into a box," Vincent says. "If I had to define it, I'd call it alternative country."

Vincent says, “‘Two Shots’ is kind of like a western movie in a song. It’s about a time that no longer exists, back when gunslingers and hanging judges were the way of the land. If the song was a movie it would likely be a mix of ‘Young Guns’ with a splash of ‘The Good, The Bad and The Ugly.'”

It’s been said that Vincent’s songs are reminiscent of outlaw country musicians such as Johnny Cash, Merle Haggard and Waylon Jennings – all who paved the way for today’s artists.

“I’ve got a style that you can’t really put into a box,” Vincent says. “If I had to define it, I’d call it alternative country.”

ReverbNation, a musician’s network, is home to many emerging artists, including Vincent. Its crowd listeners have said everything about this new single release from, “It really turns up the vibe in a sweet, edgy, country way,” to “It should be a hit song anywhere in the world.”

“Two Shots” is available for download and streaming on iTunes, Spotify, Amazon Music, Google Play, iHeart Radio and all services provided by Tunecore.

The E.P., “Small Town Stuff” is scheduled to be released in June and will include “Two Shots” and four additional, original songs written and performed by Vincent. Other song titles included are “We Ain’t [Pop] Country,” “Hell Bent and Twisted,” “Small Town Stuff” and “So Much Sh**.”

About Josh Vincent:
Josh Vincent is a country singer and songwriter with an agenda. He wants to share with the world the music he grew up listening to as child. At a young age, his father introduced him to the guitar and he’s been hooked ever since. Some of his early influences include Waylon Jennings, Hank Williams Sr. and Jr., Johnny Cash, Merle Haggard, Willie Nelson, Jerry Jeff Walker and Kris Kristofferson. He writes real-world lyrics and his songs tell stories that transport listeners to another time and place.

For more information about the artist, and to listen to his music, visit: http://www.joshvincentmusic.com/. 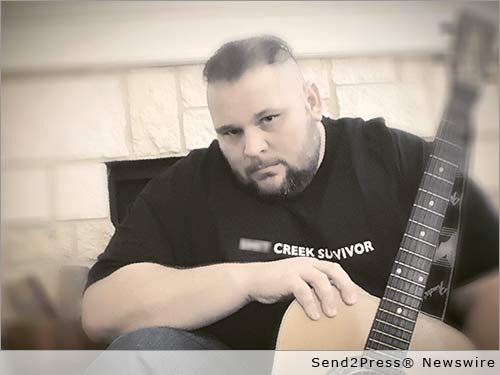 NEWS ARCHIVE NOTE: this archival news content, issued by the news source via Send2Press Newswire, was originally located in the Send2Press® 2004-2015 2.0 news platform and has been permanently converted/moved (and redirected) into our 3.0 platform. Also note the story “reads” counter (bottom of page) does not include any data prior to Oct. 30, 2016. This press release was originally published/issued: Fri, 15 Apr 2016 08:00:35 +0000

View More Dallas Business News
"I've got a style that you can't really put into a box," Vincent says. "If I had to define it, I'd call it alternative country."

ABOUT THE NEWS SOURCE:
Josh Vincent

LEGAL NOTICE AND TERMS OF USE: The content of the above press release was provided by the “news source” Josh Vincent or authorized agency, who is solely responsible for its accuracy. Send2Press® is the originating wire service for this story and content is Copr. © Josh Vincent with newswire version Copr. © 2016 Send2Press (a service of Neotrope). All trademarks acknowledged. Information is believed accurate, as provided by news source or authorized agency, however is not guaranteed, and you assume all risk for use of any information found herein/hereupon.