PITTSBURGH, Pa., Feb. 6, 2013 (SEND2PRESS NEWSWIRE) — Darian Capital Services today announced the launch of two services to address impending United States and European regulations that will change the way hedge and private equity funds are marketed. In the U.S., such “private” funds have been barred from “general solicitations” or any wide-net advertising. Some interpretations of this bar have meant hiding even basic fund information and performance from the public.

Enacted last year, the JOBS Act eliminated this restriction, soon permitting “private” funds to advertise like mutual funds, which have used television and web advertising to increase assets. According to a 2013 Deloitte report, this will likely significantly “reshape the way hedge funds market and attract new assets.”

Darian Capital Services is the first to offer web, mobile, and television advertising services specifically to the private fund market. Its production and development teams boast Fortune 500 clients, and can produce TV/online advertisement and develop mobile apps from concept to distribution. To spread access to these marketing tools, it is pioneering the “advertising club deal,” whereby a group of funds pool marketing budgets and advertise under a shared brand. In doing so, the group creates a platform, whose membership and revenue they completely control.

On July 2013, the EU’s Alternative Investment Fund Managers Directive (AIFMD) will impose UCITS-type regulations on virtually all private funds marketing in the EU. Until 2015 (and likely beyond), it will also heavily favor EU-based funds and managers by granting them an exclusive “passport” to market to all member nations under a single registration. Even EU-based funds with offshore managers (or vice versa) are excluded from this “passport,” and are thus subject to 27 national regulatory regimes. Or, as in the case of Germany, which is replacing its laws with the AIFMD, firms must comply with the AIFMD, but can gain no “passport.”

Nathanael Benzaken of Lyxor has suggested that EU investors will favor “onshore and more regulated investments,” and that the AIFMD might be “a catalyst for those large investors who have never touched hedge funds before, because of their offshore unregulated nature, to at last build an allocation to hedge funds.”

Darian Capital Services will provide its U.S. and Cayman clients access to the “passport,” and to former virtual closed-shops like France and Germany, by establishing a registered EU-based manager and fund platform for those clients’ EU investors. Participating clients will also thus avoid direct AIFMD compliance responsibilities, the expense of independent operations in Europe, and onerous member country regulations. 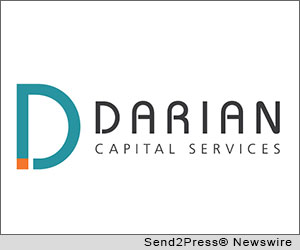 NEWS ARCHIVE NOTE: this archival news content, issued by the news source via Send2Press Newswire, was originally located in the Send2Press® 2004-2015 2.0 news platform and has been permanently converted/moved (and redirected) into our 3.0 platform. Also note the story “reads” counter (bottom of page) does not include any data prior to Oct. 30, 2016. This press release was originally published/issued: Wed, 06 Feb 2013 05:56:02 +0000

LEGAL NOTICE AND TERMS OF USE: The content of the above press release was provided by the “news source” Darian Capital Services, LLC or authorized agency, who is solely responsible for its accuracy. Send2Press® is the originating wire service for this story and content is Copr. © Darian Capital Services, LLC with newswire version Copr. © 2013 Send2Press (a service of Neotrope). All trademarks acknowledged. Information is believed accurate, as provided by news source or authorized agency, however is not guaranteed, and you assume all risk for use of any information found herein/hereupon.