A well-known path to power in a turbocharged vehicle is to increase the turbo boost pressure and supplied fuel. Boost increases can be accomplished through an ECU flash or stand-alone boost controller, either electronic or manual. Electronic boost controllers have improved in performance and cost, making it tempting to question if manual boost controllers (MBCs) are still relevant. However, the basic automotive turbo system has been unchanged for over 40 years.

The turbo contains a compressor/turbine assembly, whose speed is regulated by either a wastegate, or VNT arrangement. The wastegate or VNT vanes are in turn, controlled by a vacuum or boost signal. Just like the Saab designs of the 1970s, the ECU controls the level of boost by modulating this signal with a solenoid. Whereas an electronic boost controller takes over the control of this solenoid from the ECU, a manual controller bypasses the solenoid entirely.

Modern manual boost controllers use a ball and spring valve to control the signal to the wastegate or VNT and should not be confused with the “bleed” boost controls of the past. This design keeps the feedback loop short, reducing hysteresis (the tendency of the electronic boost controller to overshoot the desired boost level, due to the lag time in the electronic and pneumatic feedback circuits). This means that the electronic controller must approach the boost limit more slowly, to avoid overboost, reducing the amount of boost area under the curve.

While not readily apparent in peak dyno figures, reduced area under the boost curve translates to a loss of average torque. Serious racers have known this for decades and often choose an MBC for full race duty. If you want to retain your electronic controller for street duty, you can still switch between the two with the addition of a solenoid.

The people at Dawes Devices have made the best manual boost controllers of this type, for over 15 years. They were the first to use industrial ceramics in their construction, creating the “Hybrid” designation.

The Dawes Devices Hybrid MBC was covered in Sport Compact Car’s “Project WRX” story and has been installed in everything from Porsche 911s, to Mitsubishi EVOs. The new MKII variant builds on the original design by improving strength and reducing weight.

You can find Dawes Devices MKII Hybrid Boost Controllers at Amazon or http://Dawes-Devices.com/. 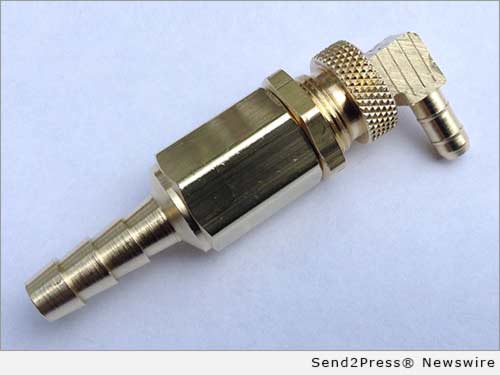 NEWS ARCHIVE NOTE: this archival news content, issued by the news source via Send2Press Newswire, was originally located in the Send2Press® 2004-2015 2.0 news platform and has been permanently converted/moved (and redirected) into our 3.0 platform. Also note the story “reads” counter (bottom of page) does not include any data prior to Oct. 30, 2016. This press release was originally published/issued: Tue, 05 Jan 2016 09:59:17 +0000

LEGAL NOTICE AND TERMS OF USE: The content of the above press release was provided by the “news source” 3 Bar Racing Inc. or authorized agency, who is solely responsible for its accuracy. Send2Press® is the originating wire service for this story and content is Copr. © 3 Bar Racing Inc. with newswire version Copr. © 2016 Send2Press (a service of Neotrope). All trademarks acknowledged. Information is believed accurate, as provided by news source or authorized agency, however is not guaranteed, and you assume all risk for use of any information found herein/hereupon.