"I am pleased to be part of the Cloud Computing Conference, organized by the DCIA, which recognizes the central role of cloud-based platforms, such as DAX, that are accelerating production workflows within all industries," said DAX CEO Patrick Macdonald-King.

DAX will also have a NAB suite at the Renaissance hotel adjacent to the South Hall, demonstrating DAX 4.0, releasing April 2013.

The session will examine how cloud computing is being used for collaboration and other pre-production functions, as well as how dailies-screening and editing in the cloud are shaping the content production process.

“I am pleased to be part of the Cloud Computing Conference, organized by the DCIA, which recognizes the central role of cloud-based platforms, such as DAX, that are accelerating production workflows within all industries,” said Macdonald-King. “I look forward to discussing the current state of the market, why cloud is important for production and entertainment, and exciting future scenarios that are right around the corner supporting creative collaboration and transforming the industry’s media universe.”

The Cloud Computing Conference is a two-day event track at NAB, organized by the Distributed Computing Industry Association (DCIA), focused on cloud-based solutions providing increased reliability and security for commercial broadcasting and enterprise applications, as well as for military and government implementations. Macdonald-King is among the experts who will provide a senior management overview of all aspects of this ongoing phenomenon at NAB 2013.

ABOUT DAX, LLC:
Formerly Sample Digital, in 2012 the company’s product became the company’s brand, and DAX continues to lead the industry at center of the media universe. DAX (www.daxcloud.com @daxplatform), is the leading provider of targeted workflow and media asset management applications and services to companies that produce, distribute and license audio-visual content. The DAX platform is a highly-secure innovative web-based community used by most major studios and television networks for collaboration and distribution management of content during the production process, for marketing and distribution of final product, and for easily accessible library management for re-use of production elements, including video, audio, photos and documents. The company is based in Culver City, Los Angeles, close to the major Hollywood studios and networks it services. Learn more: http://www.daxcloud.com/ . 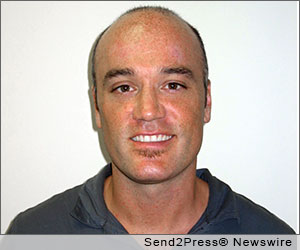 NEWS ARCHIVE NOTE: this archival news content, issued by the news source via Send2Press Newswire, was originally located in the Send2Press® 2004-2015 2.0 news platform and has been permanently converted/moved (and redirected) into our 3.0 platform. Also note the story “reads” counter (bottom of page) does not include any data prior to Oct. 30, 2016. This press release was originally published/issued: Tue, 12 Mar 2013 03:56:01 +0000

View More California Business News
"I am pleased to be part of the Cloud Computing Conference, organized by the DCIA, which recognizes the central role of cloud-based platforms, such as DAX, that are accelerating production workflows within all industries," said DAX CEO Patrick Macdonald-King.

LEGAL NOTICE AND TERMS OF USE: The content of the above press release was provided by the “news source” DAX LLC or authorized agency, who is solely responsible for its accuracy. Send2Press® is the originating wire service for this story and content is Copr. © DAX LLC with newswire version Copr. © 2013 Send2Press (a service of Neotrope). All trademarks acknowledged. Information is believed accurate, as provided by news source or authorized agency, however is not guaranteed, and you assume all risk for use of any information found herein/hereupon.