Delta Sigma Theta Sorority, Inc. is the largest African-American women’s organization in the country. The organization was founded in 1913 on the campus of Howard University to promote academic excellence; to provide scholarships; to provide support to the underserved; to educate and stimulate participation in the establishment of positive public policy; and to highlight issues and provide solutions for problems in communities.

“Over the past year, the hardworking members of the Sacramento Alumnae Chapter have diligently planned this celebration of public service,” commented Sacramento Alumnae Chapter President C. Lynn Carrier. “We also honor our history of partnerships and service to communities in Northern California including the Roberts Family Development Center and Women’s Empowerment which are our designated community service projects for this event.”

The events begin Friday, January 30 including a Delta “Author’s Corner” where published authors Daphne Maxwell Reid and Terris McMahan Grimes will be available for discussion and book signings from 3:30 p.m. to 5:30 p.m.

Maxwell Reid, best known for her role as Aunt Vivian on the hit comedy, “Fresh Prince of Bel Air” will be the keynote speaker at the private luncheon on Saturday. She and her husband, actor/writer/producer, Tim Reid, co-founded and serve as principal partners in New Millennium Studios, the first full-service film studio in Virginia. 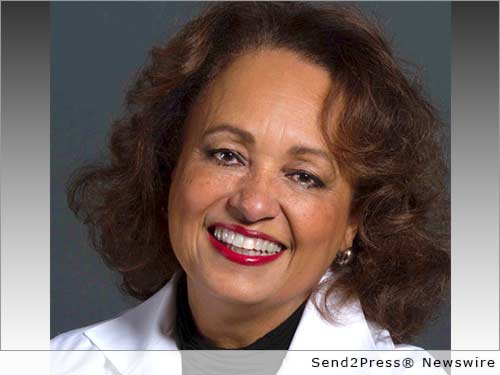 NEWS ARCHIVE NOTE: this archival news content, issued by the news source via Send2Press Newswire, was originally located in the Send2Press® 2004-2015 2.0 news platform and has been permanently converted/moved (and redirected) into our 3.0 platform. Also note the story “reads” counter (bottom of page) does not include any data prior to Oct. 30, 2016. This press release was originally published/issued: Thu, 29 Jan 2015 18:51:47 +0000

LEGAL NOTICE AND TERMS OF USE: The content of the above press release was provided by the “news source” Delta Sigma Theta Sorority, Inc. or authorized agency, who is solely responsible for its accuracy. Send2Press® is the originating wire service for this story and content is Copr. © Delta Sigma Theta Sorority, Inc. with newswire version Copr. © 2015 Send2Press (a service of Neotrope). All trademarks acknowledged. Information is believed accurate, as provided by news source or authorized agency, however is not guaranteed, and you assume all risk for use of any information found herein/hereupon.